RAY J DENIES ‘I HIT IT FIRST’ IS ABOUT KIM KARDASHIAN 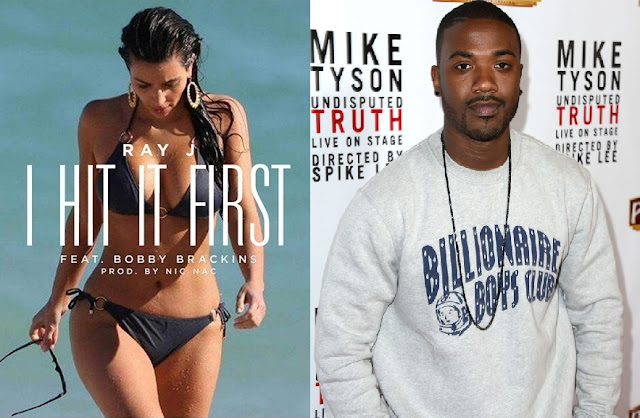 The moment everyone heard or read the lyrics to Ray J‘s latest single, ‘I Hit It First,’ the rumor mill sparked with stories pointing out that his ex-girlfriend, Kim Kardashian, was the inspiration for the song. However, the ‘Wait a Minute’ singer quickly sets the record straight. “It’s a song, it’s ...
not about that, it’s about a concept. People going way too deep,” Ray J told New York radio station Hot 97. “They just gotta keep it on the surface. I’m not trying to create no war, it’s all love; we’re doing music.” Despite the fact that Ray J has attempted to explain the meaning (or lack thereof) in ‘I Hit It First,’ these lyrics just keep forcing us to think otherwise. “She might move on to rappers and ball players, but we all know I hit it first,” he sings before taunting with “I hit it, I hit it.”

Then there’s this line: “I had her head going North and her ass going South, but now baby chose to go West.” Obviously, he’s directing those lyrics to Kanye.
Do you think Ray J is telling the truth? Or is he just trying to cover up a potential revenge song? Tell us in the comments below.
Listen to Ray J’s ‘I Hit It First’ Feat. Bobby Brackins