Pink, Beyonce, Madonna going all out for their tours (By Gerrick D. Kennedy, Los Angeles Times) 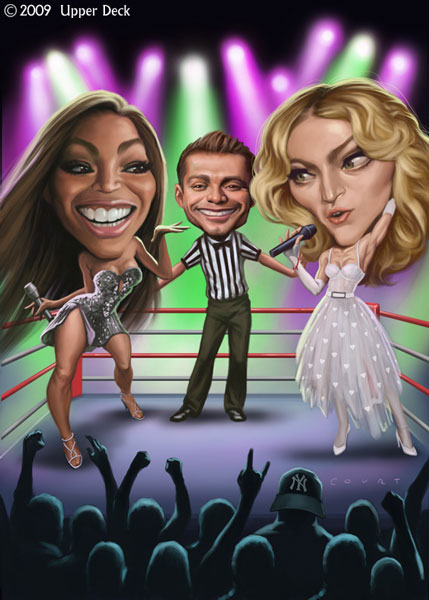 I just stumbled across this very insightful piece and wanted to share, enjoy

Hours before Pink’s recent show at Staples Centre, creative director Baz Halpin is crouched beneath the stage in the dimly lighted corridor he calls “the underworld.”
That night, Pink’s fans would witness the star scale a giant gyroscope, somersault from bungee cords, dangle precariously from silk ribbons and fly over the audience at dizzying heights.
Halpin points to crash-landing pads that swell from ... 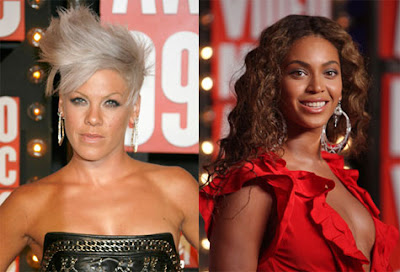 a trap door to protect the singer, an ornate silver rig for one of five aerial numbers and a small tank filled with water for a finale that blurs the line between circus and pop performance.
Pink’s Truth About Love tour may set a benchmark for fiercely ambitious staging, and she’s not alone. Pop divas including Madonna, Beyonce and Lady Gaga have upped the ante in bringing performances to the public, launching live spectacles that are as physically taxing as they are daring. Even performers such as Taylor Swift and Carrie Underwood, not exactly known for their flamboyant stage presences, are joining the action.
“There’s been such a great heritage of incredible women performers from Tina Turner to Cher,” said Halpin as he watched a dancer test the bungee-aided aerial number that opens the show. “Women were the first to bring real theatre and storytelling into [concerts].” But now, he says, women have quite literally taken the concert experience to new heights with “elements of theatre and Cirque du Soleil packed into a pop/rock shows.” 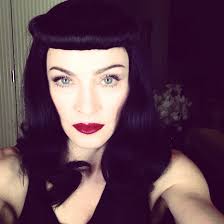 Lady Gaga was one artist savvy enough to turn to Cirque and Broadway for inspiration onstage. Her massive Born This Way Ball tour was a master class in spectacle with a sprawling, three-story medieval castle and extravagant set pieces such as a mechanical horse, the infamous Grammy egg and a motorcycle that doubled as a costume.
With album sales flagging as compared with the record industry’s glory days, live shows now play a more crucial role than ever when it comes to engaging fans. As ticket prices have continued to rise — good seats at Beyonce’s upcoming shows are $260 (Dh955) — so too have fans’ expectations for a show to offer more than just music.
But why is it that women are bearing the burden of taking big risks onstage? For one, the pop landscape has become more and more competitive. Gaga, Katy Perry and Rihanna have dominated radio over the past couple of years and are talked about as much for their music as their constantly evolving costumes and stage designs.
Pink, born Alecia Moore, decided to introduce acrobatic elements into her American shows a few years ago. Though she was already breaking tour records in Australia, the US market was less convinced. Then she hung upside down over a vat of water at the 2010 Grammys, and everything changed. The performance showed the tough gal known for brash, unconventional pop anthems could also pull off killer, high-concept numbers. 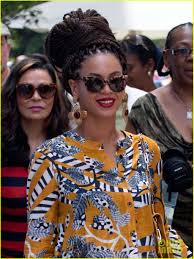 “I’ve always had something to prove,” Moore said last year. “Then the Grammys come along, and that was my moment. That was my ‘A-ha!’” She relives that moment again and again on her latest tour.
Halpin, chief executive of LA-based Silent House Productions, has treated Pink as something of an onstage athlete on tour. Since 2006 Halpin has transformed the singer into a human jack-in-the-box, dropping her from 80 feet and launching her from bungee cords — and these are just opening numbers. Silent House has also been the creative force behind recent tours from Perry, Sade and Swift.
But when is it too much? The ferocious choreography of Lady Gaga’s recent tour led to a hip injury that required surgery and the cancellation of remaining dates. During Pink’s 2010 Funhouse Summer Carnival tour the singer had to be rushed to the hospital after she was flung into the audience barricade because of an improperly attached harness. The risky stunt is still part of Pink’s show.
“That injury was a very real injury... [but] if she does something and it’s not physically demanding enough or hard enough, she’s almost not interested,” Halpin said. “That’s what keeps her live shows interesting. She likes to test herself. Her shows are tough because she wants them to be tough.”
Others are willing to take risks too. When Beyonce opens her Mrs Carter World Tour in April, fans can expect her to fly above the arena to a secondary stage. Swift’s current Red Tour also sends the singer soaring over the crowd. 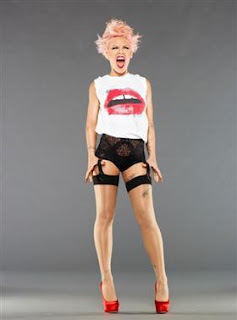 Even Underwood brought spectacle to her recent Blown Away tour. The country-pop singer and her band levitated over the crowd on a glass-bottomed platform that broke away from the main stage. A previous trek included a dress that served as a projection screen, which allowed her to do the unthinkable — focus on the music.
“I just like to stand still and sing sometimes,” she said after reusing the dress for a recent Grammy performance. “So this was the best way I could do that and still create something very visually attention-capturing and beautiful.” 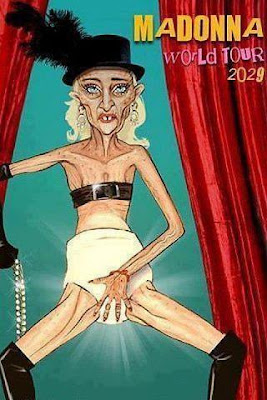 Nearly 30 years into her touring career Madonna is still breaking ground, and last year’s MDNA Tour saw the singer push physical boundaries. Madonna tapped Cirque du Soleil artistic director Michel Laprise to direct the show that was an astonishing display of technological innovation that found the singer engaged in near-extreme sports that included scaling a wall and slack-lining. At the centre of the production were 36 hydraulically controlled cubes, which Madonna would jump on and straddle as they rose and reshaped the stage.
“Madonna is her own creation, so I could not give her an environment that would be fixed. It had to be something that’s unpredictable and surprising — like she’s been the last 30 years,” Laprise said. The over-the-top approach worked. The concert was the top-grossing tour in the States last year, despite tickets that cost more than $300.
Posted by afowzocelebstar