One Direction, The Wanted reignite feud: 'You're the biggest t**t' 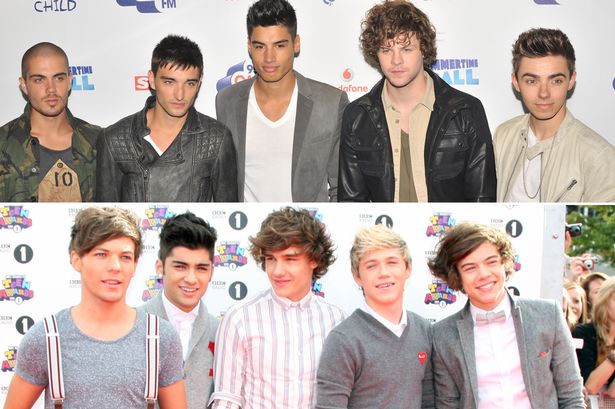 One Direction members Louis Tomlinson and Liam Payne have reignited their feud with The Wanted's Tom Parker and Jay McGuiness on Twitter yesterday morning (April 8). The war of words began when Parker ...questioned whether One Direction keep making references to them on their tour.  Tomlinson responded by tweeting a news story about Parker's experience on The X Factor to his 9.9 million followers.  Liam Payne joined in, saying: "hey Tom lets (sic) talk about your singing, your amazing tone pierces my ears with every note :/"

Fans of both bands were quick to jump to the defence of each group, while The Wanted's Jay McGuiness posted a longer message directed to Tomlinson:

"Dear @Louis_Tomlinson, please stop mentioning us in your gigs, we certainly no longer mention you and it's time to let dead dogs lie.

"Your passive-aggressive style of speaking makes me cringe, and I wish you'd either have the b*llocks of some of your co-workers to speak truthfully, or the class of the majority of them to be silent.

"I'm not sure what's happened since we saw you at The X Factor, but you've done a sterling job of becoming one of the most overrated, arrogant and not to mention insincere people around.

"Your shocking lack of talent will only be forgiven by lots of humility and no-strings-attached friendship among your band. Louis, don't measure your worth in followers or money, because they're fickle, and when they go you might just feel worthless.
"
Posted by afowzocelebstar