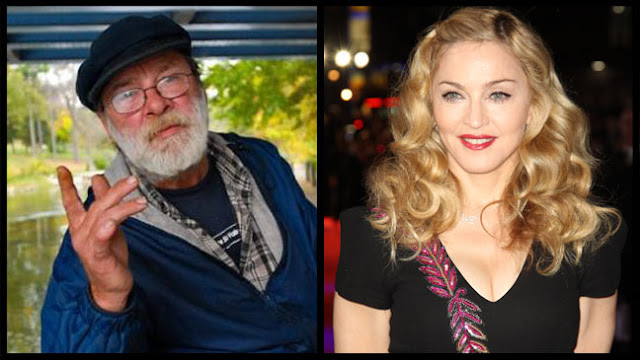 The 54-year-old singer's homeless brother Anthony Ciccone has spoken out about his famous sister, claiming that she doesn't care whether he lives or dies. Ciccone, who is an alcoholic and lives on the streets of North Michigan, tells the Daily Mail that Madonna "doesn't give a sh-t if I'm dead or alive. She lives in her own world." "I never loved her in the first place, she never loved me," he adds, "We never loved each other."
It was first reported that Ciccone lived under a bridge in ...
Traverse City, Mich., 16 months ago after he revealed that he had been homeless for over a year. In October 2011, he told the Daily Mail that he lost his job at the family's winery due to his alcohol addiction and that neither his father nor Madonna had done anything to help him get back on his feet. And it appears his story hasn't changed. 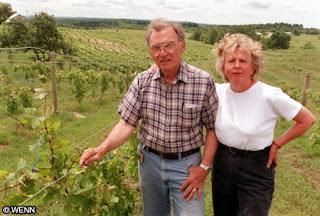 "My father would be very happy if I died of hypothermia and then he would not have to worry about it anymore. He's old school, he grew up in the depression," Ciccone explains to the Daily Mail of his dad Tony Ciccone, continuing, "He doesn't want to be bothered, he's lived his life you see. He doesn't like me. He doesn't want me to be me, he wants me to be somebody else. He thinks the way I live is intentional. He simply doesn't know me." Still, Ciccone's refusal to accept that he has a drinking problem seems to be the root of the issue. A family friend Kathy Meteyer said Madonna's father and stepmother Joan were distressed by her brother's actions.
"He just can't come back until he stops drinking, because they think it will kill him, it already kind of has," Meteyer admits to the Daily Mail. "They have helped him so many times. Tony has put him through rehab and given him lots of chances. I think Madonna paid for rehab a few times. The alcohol has taken over his brain." 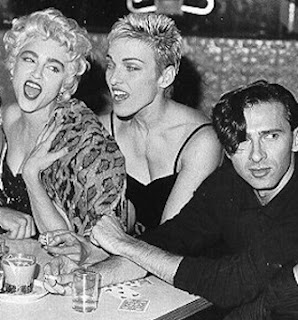 But Ciccone says he won't seek treatment because he doesn't think he needs it. "I’m a human being, you can call me what you want. [Alcoholic] is a label, I don’t like it. I don’t need brain surgery, I merely need love and care of family and friends," he explains.
"[I got] no family back up, when the chips fell, no family back-up," he adds. "I'd rather be working. What would you do under these circumstances when your family has stood against you completely?" If i were madonna, i'd get him straight to rehab (the intensive kind) and then get him back on his feet again but on the other hand who's to say it has not been tried and it failed in the past to make an impact. this ironically comes on the heels of Madonna becoming a billionaire
Posted by afowzocelebstar