Justin Bieber To Be Prosecuted For Spitting On Neighbor 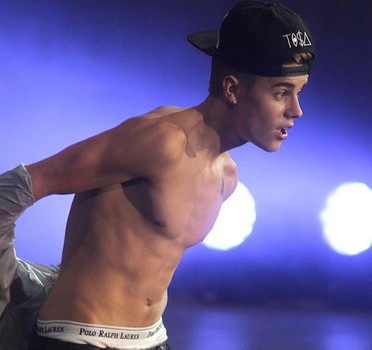 Rumor has it Justin Bieber is set to be prosecuted for spitting on his neighbor. According to TMZ, the 19-year-old singer will likely be facing criminal charges after allegedly spitting on and threatening his neighbor, who recently complained about Bieber's reckless driving. The Calabasas, Calif., resident and father-of-three is unhappy with the way Bieber and his friends, including Lil Twist, ...
drive around their gated community.

Reportedly, Bieber took out his Ferrari at 8 A.M. for a 100mph spin through the neighborhood on March 26, which upset the man. When he went over to Bieber's property and yelled, "You can't drive like this!" in the morning, the "As Long As You Love Me" singer responded with, "Get the f--k out of here. I'm gonna f--king kill you," and then spit in his face. The neighbor, a successful businessman, filed a battery report and is not backing down. Law enforcement sources tell TMZ that investigators will refer the case to the L.A. County District Attorney for review after the investigation is completed, and the department will recommend that criminal battery charges be filed against Bieber.
And the incident with his neighbor isn't the only thing authorities are taking into consideration. They believe it's relevant that Bieber has "shown a pattern of disregard for the law," including speeding tickets, fights, threats, reckless driving, drugs and more. Plus last week Bieber's pet monkey was detained in Germany after the pop star tried to take him through customs. Just another situation to add to the list. Where the hell is his mother (im sure shes somewhere thinking about how she can become a Bachelorette)
Posted by afowzocelebstar