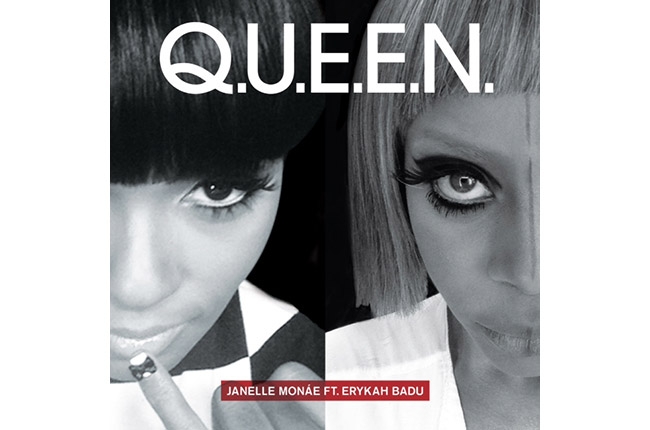 Janelle Monae's not in the mood to bow down. "Girl, this is crazy," Janelle Monae says to open "Q.U.E.E.N.," her first solo single since 2010 album "The ArchAndroid," and she's not kidding. The unpredictable track is full of ...
spoken asides and Princely guitar work and funky synths, as Monae takes on everything from women throwing shade to religious tolerance with some help from guest Erykah Badu.
"This song is inspired by private conversations she and I have had and continue to have," Monae had previously said at Coachella earlier this month. "She's a great friend to me; she's like a big sister and it's a song about private dialogue that she and I have had."
Monae, who notched her biggest hit yet with an appearance on fun.'s chart-topping "We Are Young" last year, kicked off the run-up to her new album with her Coachella debut. The upcoming album, "The Electric Lady," will be "more personal" than past work, Monae said. A release date remains to be announced, with a tour expected to follow.
Hear "Q.U.E.E.N." here