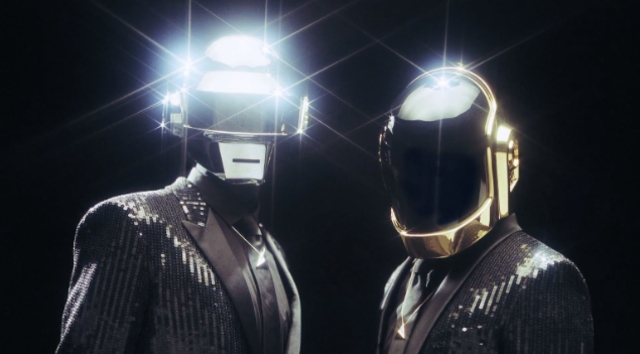 The music service, which launched in 2008, says the French electronic duo's song "Get Lucky" had the biggest streaming day for a single track on Friday in the U.S. and the United Kingdom. Spotify wouldn't release the number of streams. Macklemore & Ryan Lewis' "Thrift Shop" previously held the record for  ...
most streams in a day in the U.S. British band Bastille had the title in the United Kingdom with the song "Pompeii."
Daft Punk's "Get Lucky" features rapper-producer Pharrell and influential producer/ guitarist Nile Rodgers. It's the first single from the group's fourth album, "Random Access Memories," due out May 21. Years of reports of the group's extensive collaborations for the new album -- from Rodgers and Williams to electronic pioneer Giorgio Moroder -- were confirmed with this week's release of the collection's track list, which also features the Strokes' Julian Casablancas, Paul Williams, Todd Edwards and Animal Collective's Panda Bear.
The album is the secretive act's first studio LP since 2005's "Human After All." Daft Punk has since released a live set, "Alive 2007," as well as the soundtrack to 2010's "TRON: Legacy." "Random Access Memories" is due May 21.