Solange is Back with 'Losing You' 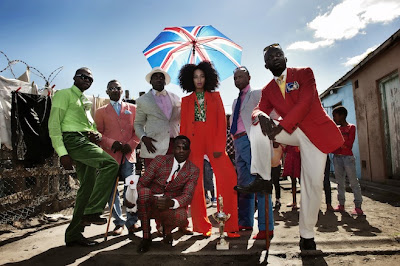 Solange Knowles returns to music after a four-year hiatus with the release of the single and video for “Losing You.” The singer/songwriter/model's slow sonic evolution has been a captivating one to watch since she released her 2003 debut of unoffensive pop-R&B.
Before coming into her own on 2008’s criminally overlooked ... (watch the video here)
“Sol-Angel and the Hadley Street Dreams,” she struggled to find her footing and overcome the expectations that come with being the little sister of this person.
Produced by Blood Orange's Devonté Hynes, "Losing You," is a sticky mid-tempo dance-R&B cut that pushes her further away from unfair comparisons.
It's not the overwrought 4/4 dance-R&B that’s flooded radio for the past couple of years. Knowles and Hynes crafted the sort of snappy, relaxed groove that sounds as if it had been unearthed from a dusty '80s jukebox. The single is retro without reverting back to the Motown influences of her last record.

“I’m not the one that you should be making your enemy, tell me the truth, boy, am I losing you for good,”
she asks over catchy hand claps and slow dripping synths. “Losing You” is best enjoyed with its accompanying video.
The lush clip is directed by Melina Matsoukas (who also directed Knowles’ fantastic 2008 single “I Decided”). It's set in Cape Town, South Africa, and is a sartorial dream of bold colors, Knowles’ chic styles – she became a fashion icon of sorts during her four-year hiatus — and a bevy of fine gentlemen known as Les Sapeurs (Society of Tastemakers and Elegant People).
Released via Terrible Records, which is co-run by Grizzly Bear‘s Chris Taylor, the single and its B-side, “Sleep In the Park” (it features Of Montreal's Kevin Barnes) are taken from her as-yet-untitled third album, expected sometime next
I cant wait to hear the album!! cause i hear Pharell will have some production credits; its gonna be Epic. Watch the hot new video here