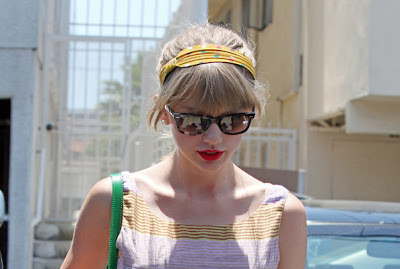 As the top-paid celebrity under 30, Taylor Swift probably pulls in enough money to buy houses in every city she visits on her world tours. The country cutie, who made approximately $57 million between May 2011 and May 2012, splits her time between ...Nashville and Los Angeles, but she'll be spending a lot more time in New England in the coming year... especially now that she's bought herself a mansion in Hyannis Port, Massachusetts.
Taylor's new house is just across the street from the Kennedy family compound. "It's a beautiful home. She got a nice home, paid fair price. The house was on the market for two to four years."
According to local reports, Swift paid $4.9 million for a 13-room home overlooking Nantucket Sound. The lady moves extremely quickly: She's only been dating 18-year-old Conor Kennedy for a couple of months. Can anyone say DESPIRADO! i love this chick but really!?!! well i guess if theres money to blow, blow it with class and if it doesnt work out, sell it for loads more lol