Missy Elliott, Timbaland 'Will Not Be Participating' in Aaliyah Posthumous Album, Rep Says 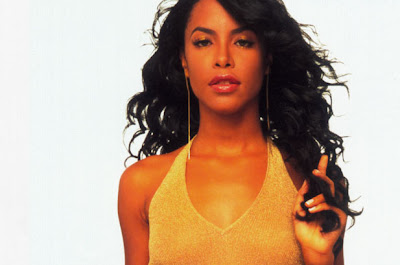 It feels like with every day that passes, new details pop-up regarding the upcoming Aaliyah posthumous album. According to a rep for Missy Elliott, via press release, Missy and Timbaland "will not be participating" in the Drake and Noah "40" Shebib executive produced project of the late singer.
"Although Missy and Timbaland always strive to ...keep the memory of their close friend alive, we have not been contacted about the project nor are there any plans at this time to participate," Mona Scott-Young, longtime manager for Missy Elliott, says. "We've seen the reports surfacing that they have been confirmed to participate but that is not the case. Both Missy and Timbaland are very sensitive to the loss still being felt by the family so we wanted to clear up any misinformation being circulated."
Missy Elliott shared a few words on their longtime friend, "Tim and I carry Aaliyah with us everyday, like so many of the people who love her. She will always live in our hearts. We have nothing but love and respect for her memory and for her loved ones left behind still grieving her loss. They are always in our prayers."
The release which states Missy and Timbaland's decision to not participate in the album comes days after Blackground's Jomo Hankerson told Billboard.biz that Missy and Timbaland were to "definitely be involved." I cant help but think that there is a big elephant in the room as concerning this issue for the two people that solely rep the late R&B goddess to back out, Drake better be shooting out unicorns and thunder from his ass to make this a masterpeice because if it sucks, The world wont forgive Him and everyone involved.
Posted by afowzocelebstar