The Saturdays are back!!!!! 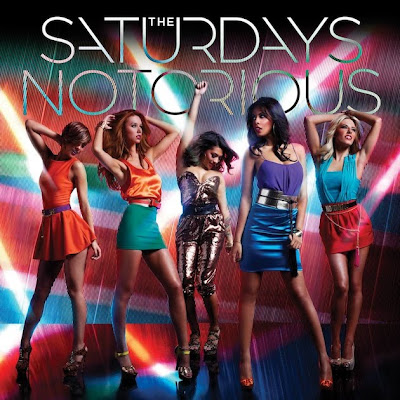 Notorious is the first and lead single from girl group The Saturdays third studio album. The song is produced by Steve Mac and written by Ina Wroldsen. It will be released digitally on May 22, 2011
In late 2010, the girls originally announced that they would be heading back into the studio in 2011 to record their third studio album. In March, the songs producer Steve Mac confirmed that he had finished the single, ready for release. They revealed that the single was "different" to their past hits, despite being written and produced by the same producers of several of their past songs. The girls began to tease fans with details of the single; the first teasers were released week beginning May 2, 2011, where the girls revealed lyric teasers each day. The following week, behind the scenes images of the music video were released.The girls officially announced the song on May 6, 2011 on their Official website. I cant wait cause these girls never dissapoint!!!!
Posted by afowzocelebstar

Email ThisBlogThis!Share to TwitterShare to FacebookShare to Pinterest
Labels: The Saturdays