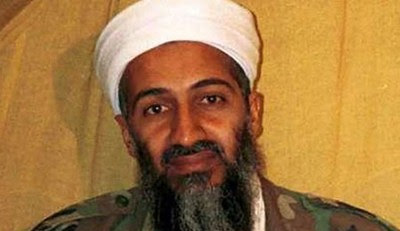 Hurray!!! Osama Is Dead!!!!!! its been a long time comming too!!! can you believe it? After ten years, Justice has finally been served! now take a peak at the whole story behind why America and the rest of the world are gloryfying God
[By Tokunbo Adedoja in New York]

President Barack Obama has ....
disclosed how the Leader of Al Qeada, Osama Bin Laden, was killed by US forces at a compound in northern Pakistan.
President Obama, in a special broadcast, at about 11:35pm EST, to announce the death of the Al Qaeda leader, said, "Tonight, I can report to the American people and to the world that the United States has conducted an operation that killed Osama Bin Laden, the leader of Al Qaeda, and a terrorist who is responsible for the murder of thousands of men, women and children".
Delivering his address from the White House in Washington, Obama said shortly after taking office, he directed the director of the CIA to make the capture or killing of Bin Laden a top priority of his administration's war against Al Queada.
The US President said, he was briefed on the possible whereabout of Bin Laden last August and that it was not until yesterday that he gave directive that an operation should be launched on the location.
Giving details about how the man who had become the face of terrorism was killed, Obama said, "Then last August, after years of painstaking work by our intellegence community, I was briefed about a possible lead to Bin Laden. It was far from certain and it took many months to to spread to ground.
"I met repeatedly with my national security team as we developed more information about the possibility that we have located Bin Laden hiding within a compound deep inside Pakistan.
"And finally last week, I determined that we had enough intelligence to take action. I authorised an operation to get Osama Bin Laden and bring him to justice. Today (Sunday) at my direction, the United States launched a targeted operation against that compound in ...., Pakistan. "
He said a small team of Americans carried out that operation in the compound with "extra-ordinary courage and capability".
Obama said, "After a fire-fight, they killed Osama Bin Laden and took custody of his body."
Noting that no American was hurt in that operation, he also said that those that carried it out also took care to avoid civilian casualties.
Obama also paid tribute to former President George Bush (Jr) and his administration's efforts to capture the Al Qeada leader. He said though Bush administration launched operations to capture Bin Laden, he escaped and crossed the Afghan border to Pakistan where he continued to launch terrorist attacks against US and its allies.
Bush, in a statement last night, said Obama called him yesterday evening to inform him of the death of Bin Laden.
In the statement,the former US President, under whom Bin Laden's Al Qaeda launched the deadliest terrorist attack against the US on American soil with the attack on the World Trade Center on September 11, 2001, claiming over 3000 lives, said, "
The fight against terror goes on, but tonight America has sent an unmistakable message: No matter how long it takes, justice will be done".
The announcement of the death of Bin Laden was received with excitement by the American people as thousands of people immediately trooped to the White House waving American flag and shouting USA, USA, USA.
What we need to worry about now is those he trained and make sure no one rears such an ugly head as his ever again and as for Obama, Second term has been fully assured with this increadible feat!!!!!
Posted by afowzocelebstar