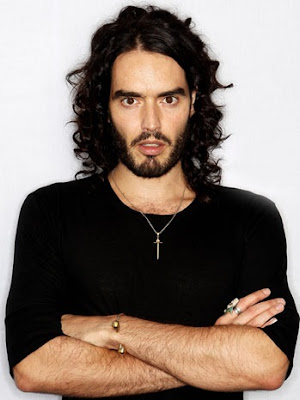 Russell Brand is joining the cast of director Adam Shankman's musical "Rock of Ages," in which he'll play Lonny, who runs an '80s-era rock club. Shankman announced the project's latest casting in a tweet Wednesday, saying, "I can officially announce Russell Brand as your Lonny in #rockofagesmovie! I see a mullet in his future...maybe a Nikki Six?" we see it tooo!
Posted by afowzocelebstar