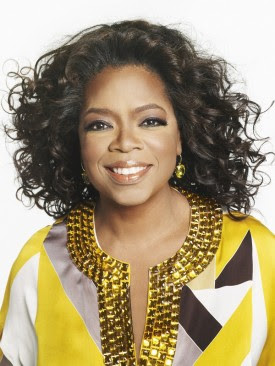 So gist has it that Oprah's company Harpo Prods. has announced plans for the last couple of eps of the show.

According to a statement released by Harpo, the third-to-last and second-to-last episodes will be taped at the ...
United Center in Chicago "to accommodate 'the biggest names in movie, music and TV.' ”
Here's what executive producer Sheri Salata had to say about Oprah's farewell:
“As most of our viewers know, being surprised is not one of Oprah’s favorite things. In the spirit of our farewell season, she is making a rare exception and we intend to make the most of the opportunity. It will be something to see!”
The two-part celeb-filled episodes will air on May 23-24. The series finale airs on May 25. All in all, say it aint so, she was supposed to wait to interview me lol! (could still happen so fingers tightly crossed)
Posted by afowzocelebstar

Email ThisBlogThis!Share to TwitterShare to FacebookShare to Pinterest
Labels: Oprah