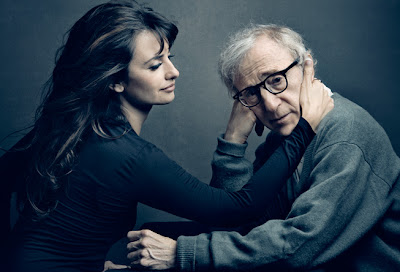 Penélope Cruz partly owes her Oscar-winning status to director Woody Allen. After all, it was his movie, VCB, that got her nominated and she's been an A-lister ever since.

Well, seeing as how things went so ...
well the last time, Pene has decided to team up with Woody again for his next flick. She wouldn't give too much away, but she did say that she's very much looking forward to working with him again. She explains:
“I know [what I'm doing next], but the thing is that I have to ask the director what I can say and what I cannot say. Because he’s very secretive. It’s…it’s a movie with Woody Allen. But I really cannot say anything about the story or the characters.”
Posted by afowzocelebstar