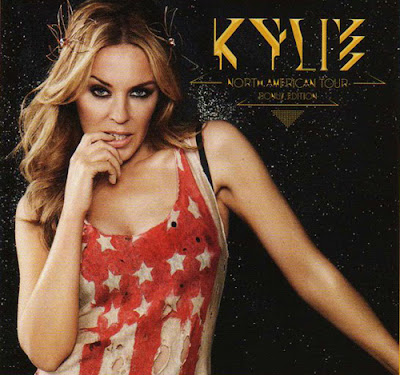 This is great news (i spent the last quarter of last year living "Aphroditie" .... i swear money well spent if you dig pop-techno) and i feel she isnt getting all the attention she and the album deserve so this is very very good news
Kylie Minogue's Aphrodite Les Folies Tour starts up on ...
Friday in Boston, and in its honor, the singer will reportedly be releasing a very special North American Tour Digital EP that will not only include FIVE tracks, but a short film and a 6-page PDF booklet - all due out May 3rd!

And if that's not enough, she's got ANOTHER EP called Put Your Hands Up scheduled to be released later in the month, which will feature brand new remixes of some of her tracks!
This No-Holds-barred strategy is definately gonna put her on at least the Billboard 200 for a bit and i could only wish you the best with the tour Kylie (watched "Showgirl" and all i can say is America is in for a Goddess suprise)
Posted by afowzocelebstar