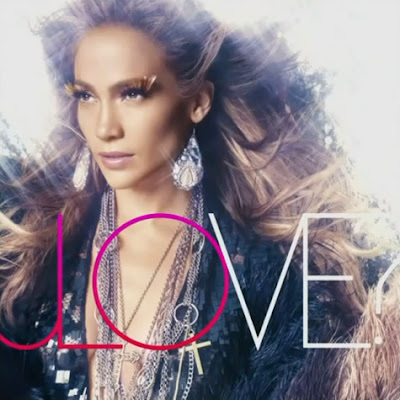 Hello yall! today has alot in store cause Jenny from the block is releasing her seventh album and i got it early so i can tell you its urban pop hotness! ("Run The World" and "(What Is) Love?" (written by Wynter Gordon of Flo Rida's "Sugar Sugar" fame) are really good ones) so to help the album im gonna give u alittle wiki-history k

Love? is the seventh studio album by American recording artist and actress Jennifer Lopez. Conceived during the pregnancy of her twins Emme and Max, Love? is Lopez's most personal album to date, taking inspiration from the birth of her twins and her own experiences with love. Recording for the album began in 2009, with an original release date for the project set for January 2010 to coincide with Lopez's latest film The Back-up Plan. However following the lack of success with lead single "Louboutins", Lopez and Sony Music Entertainment decided to end their ten year partnership leaving the fate of Love? in uncertainty. In 2010, Lopez signed a new record deal with Island Def Jam, which will see the release of Love? on April 29, 2011.

Currently the album is set to include a mixture of previously recorded material, along with new songs with Tricky Stewart, The-Dream and RedOne commissioned by Island Records. The album will combine R&B, pop music and hip hop songs for a mixture of club-ready singles as well as slower mid-tempo songs. Lopez refers to Love? as containing her best vocals to date. The album's first single under Island Records is "On the Floor" and features Pitbull. It is the first release from Love? to garner Canadian and US airplay and is currently impacting on charts around the world. Released from February 11, 2011, it reached the top five in most countries around the world, including reaching number one in fifteen countries, including Australia, Canada, the United Kingdom and much of continental Europe. It is Lopez's most successful single in eight years, peaking at number five in the United States.
so there you have it. is it worth the buy ..... Totally!!!!!
Posted by afowzocelebstar