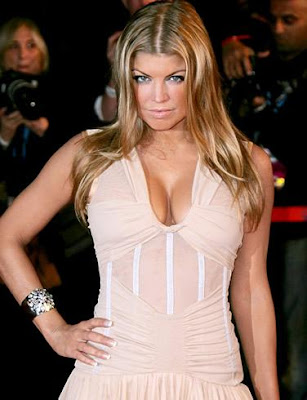 The Black Eyed Peas singer took part in a sponsored run organised by her actor husband Josh Duhamel on March 27th, 2011 to help victims of the recent earthquake and tsunami in Japan.

Fergie said: "People have just shown up with a really good ...
attitude, and it's my birthday. I've got my mom here, my old school friends came like Stephanie from Wild Orchid. I'm just excited to be here, it was a great thing to do to give back on my birthday." She doesn’t regret sacrificing her birthday for the worthy cause.
Although Josh Fergie’s husband easily beat her in the two-mile fun run, the diminutive singer credited her 6ft 3in husband's height rather than speed for his victory. She said: "It's not fair because Josh has longer legs. He can walk at the same place as I jog."
Josh also organised a similar event after Haiti was devastated by an earthquake in 2010 and he said wanted to do something more than just 'writing a cheque'. He explained: "I just wanted to do something. When everything happened in Haiti last January, more than just writing a cheque out I felt this overwhelming want and need to actually pitch in and nobody could get there. 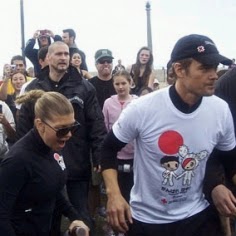 "Seeing some of the images coming out of Japan, I'd never seen anything like it. To hear about all the people who are missing and then everything that is going on with the nuclear plants.'
Paris and Nicky Hilton were also at the event to support the charity and help Fergie celebrate her birthday. "We love Japan, we've been going there and doing business since we were teenagers, it's always been a place close to our heart and we have a lot of friends out there. Nicky added: 'We've known Josh forever, and it's Fergie's birthday today
Posted by afowzocelebstar