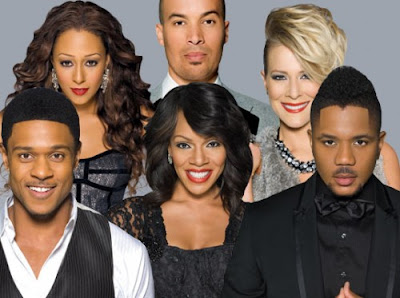 Fans of BET’s The Game have cause for celebration. For, after a record-breaking revival, the hit show has been renwed for another...
season.

Melanie, Derwin and co will be making their way back to the small screen, after the ratings success of season 4 saw BET commission a 5th season this week.
What’s more, it appears the network are so pleased with the performance of the show, that they have returned it to its original 22 episode run (season 4 culminated at episode 13).
Production on the show resumes later this year. Officially, call it a comeback!
Posted by afowzocelebstar

Email ThisBlogThis!Share to TwitterShare to FacebookShare to Pinterest
Labels: BET, The Game