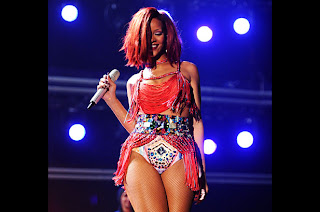 Contrary to reports that dates from her "Loud" tour have been canceled due to poor ticket sales, several sources -- including one at the concert promoter Live Nation -- say reports that Rihanna's North American tour is struggling with poor sales are inaccurate.

According to the source --
who is in a position to know -- 30 shows in North America are on pace for sellout business even though they won't play until June and July. Furthermore, not only are hip-hop/R&B shows historically known to be late-selling, the entire live business has trended more to a late-buying sales pattern during the economic downturn.
Just earlier this week, the New York Post's Page Six reported that Rihanna's Roc Nation manager, Jay Brown, advised her to cancel domestic dates of the tour. Still, Rihanna has already sold out 56 arenas in Europe.
Roc Nation, a Live Nation affiliate, is the management company for Rihanna. She's booked by Cara Lewis at William Morris Endeavor Entertainment.