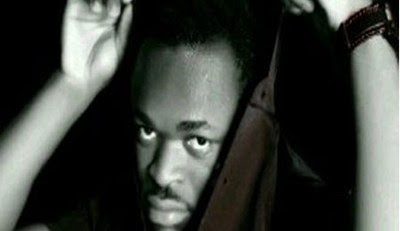 CD John, one of the best upcoming Nigerian Comedian has just been confirmed dead after an accident last night when coming from an event.

Less than a month to the first anniversary of the tragic death of rapper Dagrin, another very bright and promising star has passed on, in very shocking circumstances.
Multiple sources have confirmed that....
CD John, who emerged last year as one of the most promising acts in Nigeria’s stand-up comedy industry, is dead.
The young cracker, who became a regular performer at almost every gig/concert since late 2010 when major promoters and critics first noticed him, was on his way back from Industry Nite when he crashed his car and ended up at St Nicholas Hospital, in Lagos Island.
‘He was the MC at Harrysong’s album listening party which held at Tribeca’, a source reveals. Yesterday’s Industry Nite was dedicated to Questionmark act Harrysong who is promoting his new album. ‘He was driving back to the mainland, heading to his home at Jakande estate, Isolo when the accident happened’.
The exact crash location hasn’t been confirmed but it was gathered that He was rushed to St Nicholas where he gave up the ghost at around 7am this morning.
Fellow comedians like Gbenga Adeyinka, Teju Babyface, Tee A, Basketmouth, Ali Baba and a certain Tee Gee are confirming that they are aware of the accident, and reports of his death. However, no one has seen a doctor’s statement or his corpse as at press time.
The late comedian, born John Chijioke, was a truly gifted singer and comedian who tried his hands first on music (as far back as 2006) before settling for stand-up comedy. ‘He used to sing but when I found out he was funny, I pushed him to join me do comedy. He had a breakthrough before me. And now that I want to be proud of him, I suddenly lost him’ his friend Tee Gee says.
CD John will mostly be remembered for his funny Christian choruses – a unique style where he messes around with the lyrics of popular songs; presenting his own account of how different Nigerian tribes would deliver the lyrics. With a superb voice, growing repertoire and audience control; he was set to become a big player in the competitive stand-up comedy scene;
Until death put a stop to all that promise. RIP bro
Posted by afowzocelebstar