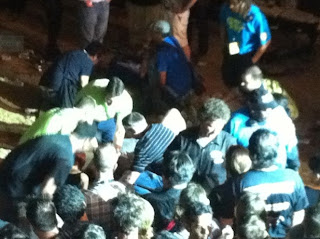 Four people were injured Friday night (March 18) after a camera boom fell into the crowd at OMD's South by Southwest concert at Stubbs on Friday night.

An Austin-Travis County EMS spokesperson told KXAN that four injuries were minor. Those injured were taken by ambulance to University Medical Center Brackenridge, the station reported.
"I think we need some help up here," OMD lead singer Andy McCluskey said before taking the stage, Bright Antenna label rep Scott Shumaker, who witnessed the incident. The camera boom, which had been sweeping above the heads of the crowd during the previous acts, collapsed into the audience before the first note was played. Fans and venue staff rushed to assist the injured, and parted to make way for the EMTs. "One man walked out with a large gash across his head, followed by another man escorted by police. It appeared that at least 6-7 people needed medical attention, and at least two people were carried out on stretchers," Shumaker said.
The incident was widely reported on Twitter. "Almost killed by the camera boom at Stubbs before omd started. 3 people next to me downed and bloodied," @alix wrote. 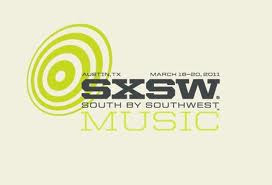 The band delayed its set until the situation stabilized. "OMD is a class act," @Twitroyd wrote. "They were about to start when this happened and decided to leave the stage till it's all okay."
"Shall we play or wait for the lawsuit?" OMD joked before realizing it was serious," Jason Cohen tweeted. "Medics on scene, crowd being cleared"
Apparently a photographer taking pictures of the injured was forcibly removed from the show. "Asshole cameramen are taking photos of the bloody people instead of trying to help," @Twitroyd wrote. "Photographer who wouldn't stop got his camera taken by cops," Gordon Lamb tweeted. "Don't feel bad for him. #Sxsw #stubbs #beahumanbeing"
Get well soon yall
Posted by afowzocelebstar