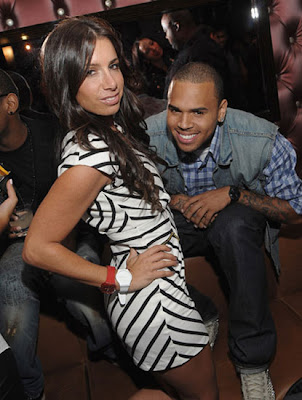 Chris Brown and his publicist are throwing up the deuces. Days after his “GMA” meltdown, the R&B singer and his press rep have parted ways.
Tammy Brook, president of FYI Public Relations, released a statement...
today announcing their mutual split. She was brought on to help promote Brown’s fourth album F.A.M.E., which is expected to debut at No. 1 next week.
“I am an entertainment/music publicist and was hired as a publicist, as they often are, to work specifically on his music publicity for the term up to the release of Chris Brown’s F.A.M.E. album, which was released on Tuesday, March 22, and is entering the Billboard and iTunes charts at number 1 this week,” she told TMZ.
Despite rumors of a fall out, Brook still stands behind her former client. “I love and support Chris and it has been an honor to be a part of this album and I look forward to the possibility of working with him again in the future.”
what else would you say before? lol
Posted by afowzocelebstar