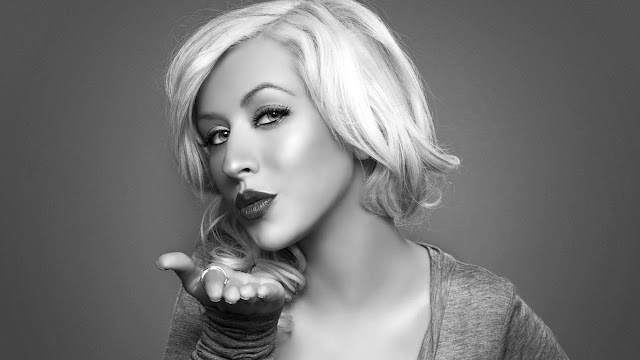 hi everyone, wanted to introduce a new segment where I dish out structural advise for artists that are not where they ought to be critically and/or commercially but the potential is there to achieve theseand more. A&R stands for Artist and Repertoire (Wikipedia it)
ill begin with the very talented Christina Aguilera. for those living under a rock that don't know her (I highly doubt it tho), She was one of the few blond-headed teen princesses that basically redefined pop with the ... 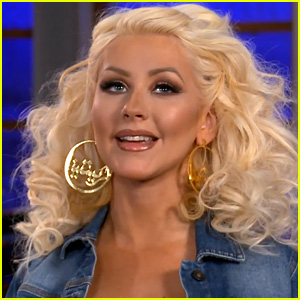 bubble-gum pop era (e.g. Britney, Jessica Simpson) but Xtina was different because behind the big machine of music professionals and over-sexualized theatrics, female singers of her era portrayed, she was one who was and still is vocally gifted. That became a well known fact when she won a Grammy for "Best New Artist". I personally began to take notice when she released her sophomore record (3rd overall) "Stripped". The record was raw and honest and basically giving the finger to the "good girl" image she was trying to shed (circa Disney alum). Classics like "Beautiful" and "the Voice Within" really brought her critical acclaim .
Then she proved she still had many tricks up her sleeve by releasing a retro record "Back to Basics" where she became this 1940's coroner belting out brass kissed hits while breaking pop star rules along the way. Her stage persona also shined through!
She took some time off, got Married and had a son. By 2010, it was evident that Xtina was ready to make a much anticipated comeback but her 4th English record "Bionic" failed to meet up with the expectations of the listening public. I felt that the image she put out was to raunchy and that took away from the good music she released. people could not relate to this over sexualized mother preaching S and M antics anywhere she could. She then buckled down and tried other career opportunities.
The Voice was an avenue for her to remain relevant while she came up with a "Comeback" record but while the show became a hit with the help of co hosts, Blake Shelton, Cee Lo Green and Adam Levine, her "Lotus" album also tanked and that, in my own opinion failed because of the image she was selling. We grew up with this vocal powerhouse and so its pretty hard to feed us this multi-colored hair extensioned, sex bot with pink-bubble gum-raunchiness and though I have nothing against being thick if its for you and your healthy, but honestly, thicker Christina was not doing it for me.
What's good to note with these two failed albums is that she's been relevant on the HOT100 chart with records she featured on such as Maroon 5's "Moves Like Jagger" and A Great Big World's "Say Something" (winning a Grammy for the latter) and on her solo stuff like the Max Martin produced "Your Body".
The Issue now is where to go as it regards releasing a new successful album. This is my opinion. when it comes to Christina, the music is always on point, its always true but the level of reality and rawness varies based on albums so for this record be as real and as raw as you can possibly muster. Another thing that works for her well is themed albums where she can reinvent herself and make us see her from a different light (e.g. "Back to Basics"). Luckily for her, the music industry today is all about funk, doo wop, jazz and soul (e.g. "Uptown Funk", "All About That Bass" and "Blurred Lines") genres that are her strong suits (as she is one of the many contemporary artists that made hits with retro classic sounding songs such "Ain't No Other Man" and "Candy Man")
Collaboration in terms of writing and features should echo the new school of hit makers (artists like Linda Perry, Mark Ronson, John Legend, Lana Del Rey, Leon Bridges, Paul Epworth, Sia, Meghan Trainor, Jidenna and Brno Mars).
The record as a whole, should document her life in the past 5 years and it should detail her ups and downs as well as expectations for the future and where her mind is right now.
As for the Image which when it comes to Xtina, is very crucial as we already know that she can sing but we need to connect what we see to what we hear so she needs to be real! real about where she is in her life right now being a mother of two with a smoking body and mad as hell pipes and many issues just like the rest of us out here. She proved with "Back to Basics" that you can be dressed up "old school" and still be classy and sexy at the same time. This is what The "Christina" Machine should be pushing for with the new record because only realistic themes and music will sell this very talented artist.
Furthermore, I think she should come back with a high profile feature on a sure fire hit by Someone on top right now (e.g. Justin Bieber features on the "Where are you Now" record by the in demand duo Skrillex and Diplo = a top 20 hit) as opposed to her own song. this will allow people to remember her greatness and anticipate her solo stuff.
Finally, PROMO! PROMO! and more PROMO! will be needed. The album should be supported by a much needed world tour as this would put her on a global scale as one entertainer that is to be reckoned with and judging from recent live performances, baby girl still got it!!!! #Stage #streetCred
I think with these, Commercial and critical acclaim will be on the table.
Afolabi "Yela" Aiyela (The Blogger)
P.S.
stuff like what she does below will warm many hearts