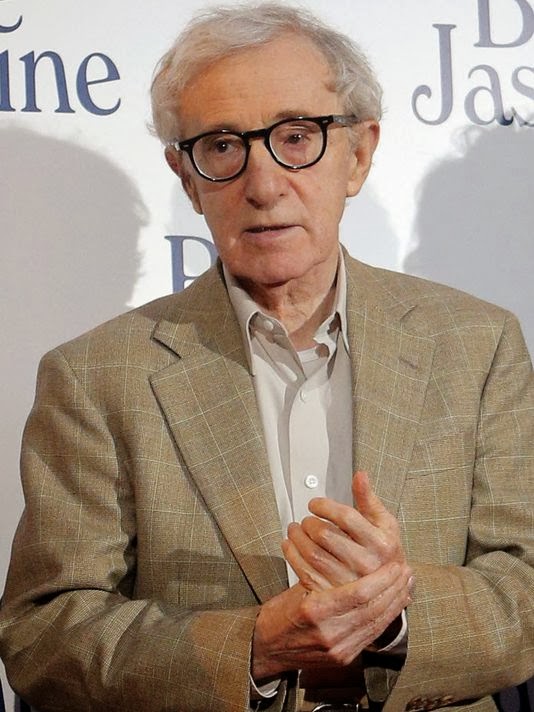 Woody Allen called Dylan Farrow's allegations of child molestation "untrue and disgraceful," signaling that he would fight renewed claims dating back to Allen's tempestuous relationship with actress Mia Farrow in the early 1990s.
The movie director's publicist Leslee Dart said in an email Sunday that Allen has read Dylan Farrow's open-letter, published online Saturday by The New York Times, claiming she was sexually assaulted when she was 7 by her then adoptive father.
"Mr. Allen has read the article and found it ...
untrue and disgraceful," Dart said.
Allen's lawyer Elkan Abramowitz also reacted: "It is tragic that after 20 years a story engineered by a vengeful lover resurfaces after it was fully vetted and rejected by independent authorities. The one to blame for Dylan's distress is neither Dylan nor Woody Allen."
Dylan Farrow claimed that in 1992 at the family's Connecticut home, Allen led her to a "dim, closet-like attic" and "then he sexually assaulted me." Farrow didn't specify Allen's actions, but described other abusive behavior.
Allen was investigated on child molestation claims for the 1992 accusation, but was never charged.
Farrow's open-letter didn't urge renewed legal action, but a retrial for Allen in the court of public opinion. Farrow, who now lives in Florida, is married, and goes by another name, argued for fans of Allen's movies and actors who star in his films not to "turn a blind eye."
On Sunday, Sony Pictures Classics, which regularly distributes Allen's films including his latest, "Blue Jasmine," urged caution in any rush to judgment.
"This is a very complicated situation and a tragedy for everyone involved," the company said in a statement. "Mr. Allen has never been charged in relationship to any of this, and therefore deserves our presumption of innocence."
Alec Baldwin, who has starred in Allen films, including "Blue Jasmine," was among those Farrow singled out in her letter. Baldwin responded on Twitter to those demanding a comment from him.
"You are mistaken if you think there is a place for me, or any outsider, in this family's issue," said Baldwin.
Dylan Farrow's most detailed account of the 1992 incident returned the spotlight to the original police investigation of Allen. The handling of the investigation was criticized after Litchfield County state attorney Frank S. Maco said in a press conference that he believed there was "probable cause" to charge Allen but decided against prosecution partly to avoid a traumatic trial for the young girl.
A disciplinary panel found that Maco may have prejudiced the ongoing custody battle between Allen and Mia Farrow by making an accusation without formal charges.
Months before Maco's press conference, a team of child abuse specialists from Yale-New Haven Hospital were brought in to the case and concluded that the child had not been molested.
Maco, who retired in 2003, told the AP on Sunday that the statute of limitations on Dylan Farrow's accusations ran out at least 15 years ago. He said he hopes Farrow was able to watch his news conference and read his statement about his decision not to prosecute Allen.
"I hope she has access to that statement, to know what I did and why I did it," Maco said. "I hope she finds some peace and solace at this time."
A spokesman for the Connecticut Division of Criminal Justice said Sunday that the prosecutor's office won't re-examine the case unless the office is asked to.
The 1992 allegation came shortly after Allen became involved with Mia Farrow's adopted daughter, Soon-Yi Previn. Allen, then in his mid-50s, was not the adoptive father of Previn, who was about 19 at the time. The two married in 1997 and have two adopted daughters.