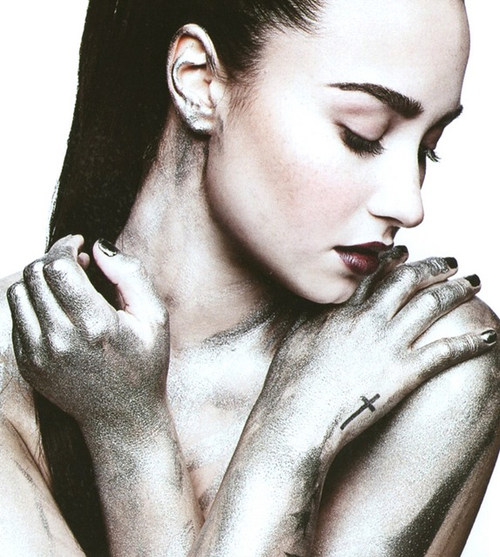 According to Demi Lovato, her fourth studio album has the potential to be her "next level" moment; a record capable of extending her fanbase beyond the mostly young US crowd and turn her into a global mainstayer. She's already gained a decent footing by becoming everyone's surprise ...
favourite judge on The X Factor USA, but does the music match such ambitious expectations?

On paper, Demi ticks all the necessary boxes for such a task. There's anthemic belters such as lead single 'Heart Attack', fluffy bop-alongs like 'Made in the USA', a Calvin-esque raver in 'Neon Lights' and an against-the-odds ballad in the form of 'Warrior'; each armed with a chorus and ad-libs you could set your watch by.
It's a niggling problem that remains difficult to shake off, despite the amount of solid pop songs on offer. What's more, the subject matter - which she assured would be "personal" - is as predictable as the glossy melodies; ranging from life-affirming on 'Never Been Hurt' to bratty, lovelorn angst on Cher Lloyd-assisted 'Really Don't Care'. Regardless, Demi herself remains good company throughout, and when it's global stardom you're aiming for, that's half the battle won.