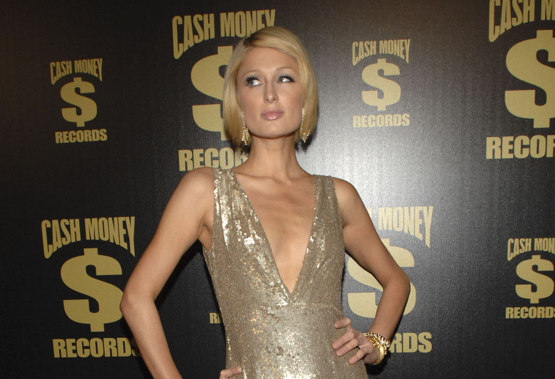 Paris Hilton scored a record deal with Cash Money after co-founder Birdman was left "impressed" by her new music. The socialite worked on the follow-up to her 2006 debut album Paris with Afrojack before she sought out a deal, which resulted in ...
her impressing the former rapper. "Controversy and all of that, it works for your benefit," Birdman told The Los Angeles Times. "[Her Cash Money deal] being so talked about shows the strength of her popularity.

"I'm very excited. I'm very appreciative that she's part of the team. She's very talented, and a beautiful young woman." He added: "She played us music, and I was taken aback. I was impressed by her music, and I didn't know she could sing so well."
"It's on the EDM side," he said of the new album. "I want to let her do what she wants as an artist. We're going to support it." Cash Money is currently the home of hip-hop artists Lil Wayne, Drake, Nicki Minaj and Busta Rhymes. Hilton revealed back in March that she had recorded a new music video with Minaj, Lil Wayne and Christina Milian.