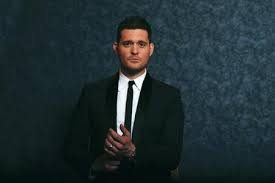 pop singer Michael Buble earns his fourth No. 1 album on the Billboard 200 chart this week with the arrival of "To Be Loved." The set sold  ...
195,000 copies in its first week according to Nielsen SoundScan.