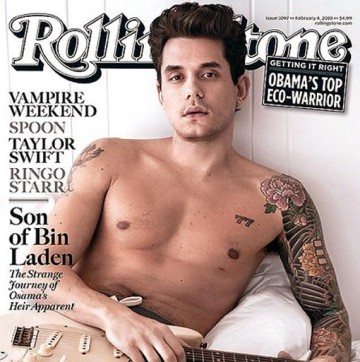 John Mayer's return to the stage this summer will come with a new collection of music, the rocker announced on his Tumblr blog on Thursday -- and not an expanded or deluxe edition of his last chart-topper.
"New record this Summer… Not a Born and Raised 'plus'…," he wrote. "A new group of songs to ...
bring the whole thing up to date with Summer 2013. I have that hunger that always precedes something meaningful." In a March live session with Billboard, Mayer -- sounding healthy after a struggle with vocal cord issues and surgeries that have kept him from performing in recent months -- played a new song, "Dear Marie," and was looking forward to playing fresh tracks on the road. He'll launch his first tour in three years on July 6.

"I want to make the commitment now, that there's going to be a lot of music going around," he said at the time, adding he'd been working on "open," "acid country" music intended for lengthy stage workouts.
Mayer's 2012 album "Born and Raised," which he was prevented from fully promoting due to his throat condition, marked his third No. 1. It bowed with sales of 219,000.
Posted by afowzocelebstar