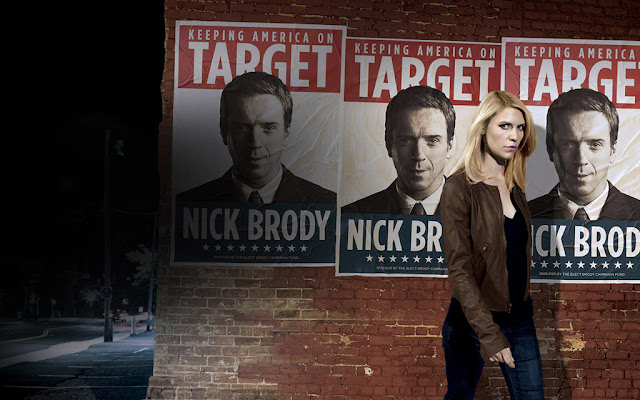 New plot details have emerged for the third season of Homeland. The Showtime drama's next run of episodes will concern a "global manhunt for the world's most ...
wanted terrorist" Nicholas Brody (Damian Lewis). A release from the cable network reads: "As Carrie (Claire Danes) and Saul (Mandy Patinkin) begin to pick up the pieces of their shattered professional and personal lives, they are swept up in the political and media firestorm surrounding the terror attack and the subsequent search for Brody's whereabouts."

In addition to Lewis, Danes and Patinkin, cast members Morena Baccarin (Jess Brody), Rupert Friend (Quinn), Jackson Pace (Chris Brody) and Morgan Saylor (Dana Brody) are all confirmed to return.
However, neither David Marciano (Virgil) or Diego Klattenhoff (Mike) will return to the show as regulars, though both may appear in a recurring capacity. Homeland's third season will again span 12 episodes and will premiere in the US on Sunday, September 29 at 9pm.