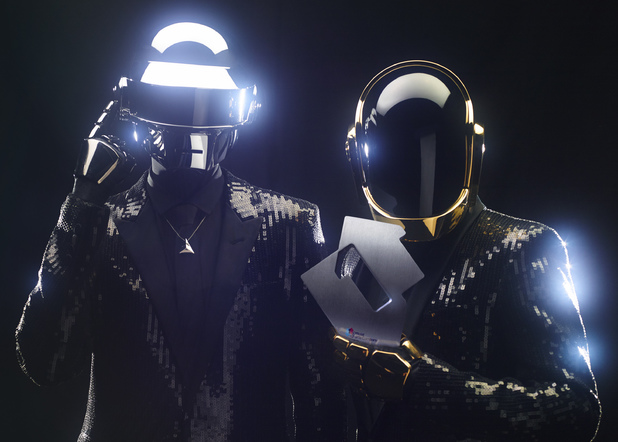 Daft Punk have been tipped to achieve the fastest-selling album in UK chart history. The duo's new record Random Access Memories is now odds-on with bookmakers Paddy Power to break the first-week sales figures of current record holders Oasis.
Oasis's Be Here Now sold 650,000 copies in its debut week, but the feat is expected to be eclipsed by Daft Punk's new LP, which already has the highest number of ...
pre-sales for any dance album on Amazon.
Random Access Memories - released on Monday (May 20) - has odds of 4/5 with the bookmakers to become the fastest-selling album ever in the UK.
It is also 7/1 to become the best-selling album in UK chart history by the end of 2015. A Paddy Power spokesperson commented: "They might not have a catchy moniker like the 'Beliebers', but fans don't come much more passionate and excitable than Daft Punk enthusiasts so we're expecting big things for the French DJs next week. "We only hope that the success doesn't go straight to their helmets." Meanwhile, Daft Punk's single 'Get Lucky' is enjoying its third week at number 1 in the UK chart and has passed the 500,000 sales mark.