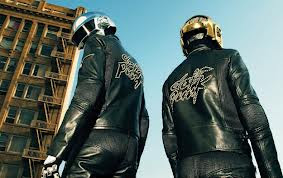 CODE’s Kerri Mason had the rare chance to speak with Daft Punk’s Thomas Bangalter last week for an extended feature in this week’s issue of Billboard. The conversation was so rich that ...
it couldn’t all fit in print. In the outtakes below, exclusive to Billboard.com, Bangalter directly addresses the EDM producers he helped inspire, the specific reasons why he and partner Guy-Manuel de Homem-Christo kept samples and laptops away from “Random Access Memories” (the duo’s sixth album, out May 21), and compares current pop hits to “The Blair Witch Project.” Read on.

You said earlier that certain album tracks were recorded in several different studios, in three different cities. Is there a particular track that took on the characteristics of the various places it was recorded, in a perceptible way?
It’s really hard to say. The whole starting point of that record was to somehow question the magical powers of recorded audio at a time when pop music is mostly recorded on laptops with a small microphone and a pair of headphones in airport lounges and hotel rooms. We’re not really part of that generation. We’re part of the previous generation, where a studio was a collection of hardware and electronic components assembled in a discreet way to try to create a unique global system in a home environment; somehow a distinctive system.
The idea was really having this desire for live drums, as well as questioning, really, why and what is the magic in samples? Why for the last 20 years have producers and musicians been extracting these little snippets of audio from vinyl records? What kind of magic did it contain? Because harmonically the samples are just an F minor or a G flat, something not so special. It occurred to us it’s probably a collection of so many different parameters; of amazing performances, the studio, the place it was recorded, the performers, the craft, the hardware, recording engineers, mixing engineers, the whole production process of these records that took a lot of effort and time to make back then. It was not an easy task, but took a certain craftsmanship somehow cultivated at the time.
We started to say, “OK, let’s see from a production standpoint, also in terms of performance, whether we could create records that embed this level of production and craftsmanship, and see whether the culture would allow for records like this to be produced. ”So it’s true that we decided to try to recreate these circumstances and really select a team of firsthand actors in witness of that golden age, that era and in the same time go back to the places where that magic had happened. We really think, we feel the walls can speak, and at the same time there’s really this idea that these are magical places.
When we started to record at Henson, which used to be A&M Studios, you can still see the concrete in the studio on the floor and the walls, just because while they were constructing it in the early ’70s, engineers loved the sound so much as it was that they decided not to finish. That’s the kind of magic. Those are the kind of special places that we’re speaking about. All the places we recorded have been tested and tried on many classic recordings, and it seemed to be a good foundation for a project of that scope and that vision.
A lot of young dance producers cite you as their primary influence. Yet, as you’ve said, there’s a lot of homogeny in “EDM.” What are they missing?
I think it’s mostly the tools; I think they might be missing the tools. The problem with the way to make music today, these are turnkey systems; they come with preset banks and sounds. They’re not inviting you to challenge the systems themselves, or giving you the ability to showcase your personality, individuality. They’re making it as if it’s somehow easier to make the same music you hear on the radio. Then it creates a very vicious cycle: How can you challenge that when the system and the media are not challenging it in the first place? We really felt that the computers are not really music instruments, and we were not able to express ourselves using a laptop. We tried, but were not successful.
It’s not really a judgment or criticism of any of the music today; rather trying to bring a different point of view and different alternative. It’s mostly a question: Is it still possible to have this dream of looking at the way music is made like movies are made? It used to be teamwork. Is it still possible? Is there still an audience, a market for it? All interesting questions as an experiment. We are musicians even more than producers, in some sense composers. We’re not the best-selling artists in the world, but we have this dream; this ability to try to do this project and see if it we can make it happen.
What classic albums were you looking toward? What were your models?
The Eagles, “Hotel California.” Fleetwood Mac, “Rumors.” Pink Floyd, “Dark Side of the Moon.” The biggest artists in the world totally experimented and really pushed the limits. We were like, “Why aren’t pop artists today trying to experiment when they really have the means to do so?” There have been movies like “Paranormal Activity” or “Blair Witch Project” in Hollywood that showed you could do movies with little or no money. It doesn’t prevent them from creating larger than life spectacles as well.
Now you can create very successful records on a laptop with very little money; what would prevent us from experimenting? We think there is a strong level of experimentation in alternative music—a lot of new artists who actually don’t have a lot of resources pushing the envelope as well. At the same time it seems that more established artists don’t do it. And you’re back to a vicious circle: the insecurity to push the envelope linked to the current collapse of the recording industry.
Posted by afowzocelebstar