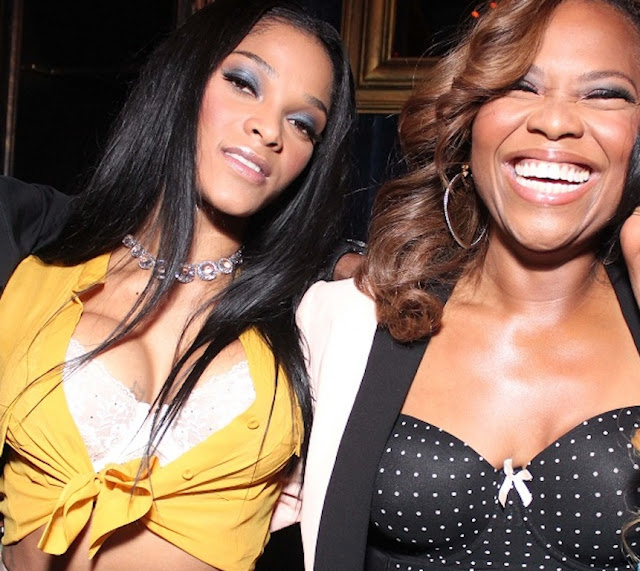 The supertrailer for VH1′s popular series ‘Love & Hip Hop: Atlanta’ debuted on Wednesday (April 4) and according to the show’s creator Mona Scott-Young, this season is primed to be an even bigger hit than the last. In the clip previewing the second season, Mimi seems to have finally cut ties with Stevie J, while Stevie and fan favorite Joseline Hernandez look to be trying to make things official. Recently, Scott-Young visited Atlanta for a roundtable discussion and said that Joseline’s inclusion as ...
part of the cast was literally an afterthought. “Joseline was a gift from the reality gods,” the Monami founder says with a laugh. “I actually wasn’t even anticipating meeting Joseline. I was meeting with Mimi and we were in the lobby of a hotel where I was doing the interviews. We were waiting on Stevie [J] to come and meet us. He came in with my partner and we were talking to them and I said, ‘Oh yeah, did you meet Mimi? And this is Stevie. Mimi is Stevie’s girlfriend.’

“He pulls me to the side like, ‘Well, if Mimi is Stevie’s girlfriend, who’s the chick he was kissing in the parking lot?” It’s a good thing Scott-Young picked up on the potential there, because the tale of that love triangle between Mimi, Stevie and Joseline was the storyline that drew the most viewers last year.
Although Stevie and Joseline are booed up now, the trailer also shows the producer trying to get back in with Mimi — again. Don’t miss the drama when the second season of VH1′s ‘Love & Hip Hop: Atlanta’ airs on April 22 at 8 p.m. EST. hell i know i wont