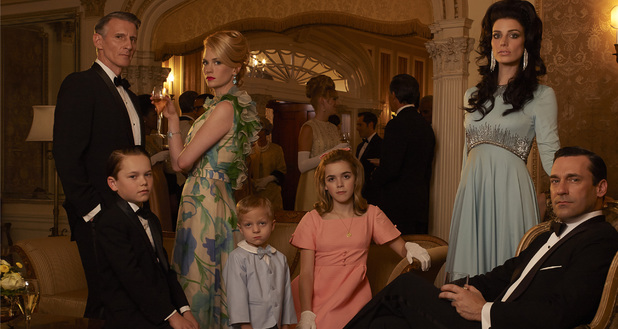 I had to get this very interesting interview on what to expect on the new season of Mad Men, Enjoy!!!
It's been a long, hard wait, but one of the best shows on the box returns to UK screens in just a little over a week - on April 10, the sixth season of Mad Men debuts on Sky Atlantic.
To mark the return of the critics' favourite, Jon Hamm - the show's now-iconic lead Don Draper - spoke to journalists about his Mad Men journey so far, what to expect from season six and how he feels about the show's ultimate conclusion. The season six premiere opens with ...

a distinct lack of dialogue for Don - how did you feel when you first read the script?

"Well, I feel fairly comfortable in my position on the show - I don't feel like they're going to fire me at any particular moment! So, that being that, I trust Matthew [Weiner] as a storyteller first and foremost. I think he has an ability to craft a pretty compelling story, both with and without words.
"I hope people enjoy the first episode - it's a very interesting stylistic choice, but I think it works. It's a very provocative way to reintroduce people to Don. I enjoyed it simply because I didn't have to talk for the first few days of production!" 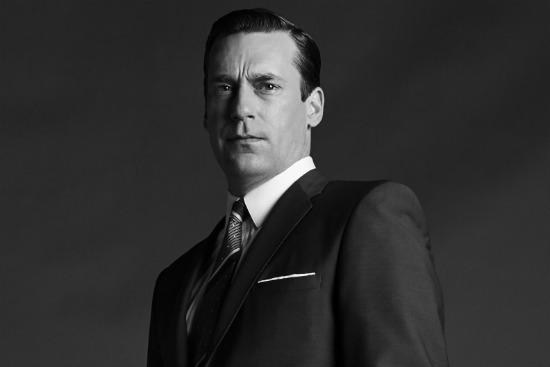 Is Don still struggling to adapt to changing times?

"At this particular juncture - in not only American history but world history - there's such a seismic shift of relevance between the older generation and the younger generation. The younger generation is really taking over every conversation, whether it's music or theatre or television or film or even politics. The youth is having such an impact on all forms of expression.
"So I think Don is certainly someone that is feeling his relevance slip away, and for someone who trades in being smart and sharp and on observing human nature, I think that's potentially devastating."

Some fans missed Don's hard-drinking and womanising last year - did you miss playing it?

"I didn't miss playing it necessarily - it's a little bit depressing to have to keep playing somebody that makes the same mistakes over and over again. But again, I think it's an accurate portrayal of this guy's life - he was trying to be better and that is one of the things that his wife helped him with, being a better person.
"I think that's what most people's better halves help them with - partners in life generally are the people who know you the best and say, 'You're f**king up - you can probably do better'. I think for Don that was Megan, and part of why the season ended on such an interesting note was that Megan had ambitions of her own that didn't jibe with Don's and… where is that going to lead? What is that going to mean in the future?
"I think that's what upset the apple cart a little bit. We had Don being so good and behaving so much - it wasn't like he was an angel, but it was an attempt, and I think that ripple of ambition in Megan… the repercussions of that ripple will be felt through this [sixth] season."

You've directed a second Mad Men episode this season - how did it compare to making your directorial debut last year?

"It was a lot harder this season, because I was in a lot more of the episode than I was last season. But you only get so many opportunities to challenge yourself - this was definitely one of them and I very much appreciated it."

Don has been described as a sociopath and even a psychopath - do you think that's fair?

"I don't think that's inaccurate, but I do think he is probably a very high functioning one. A lot of his darkness is directed inside, inwardly, because he's a man who's fundamentally unhappy with himself. If you want to psychoanalyse it, you're looking at somebody who literally takes on another person's identity - you have to feel like that person doesn't think very much of their original identity.
"So that comes back to Don being fundamentally broken and… why does he behave the way he behaves? In spite of this Dickensian upbringing that he had and this crazy life, he has survived and thrived, so what is the motivation behind that? I think that's one of the other things that we'll discover this season."

How will Don's relationships with Joan (Christina Hendricks) and Peggy (Elisabeth Moss) evolve this season?

"We explore both of those relationships even further during this season. There's a deep, deep respect and I think a little bit of fear from Don to Joan - he knows exactly who not to f**k with in that office, and she's the one!
"Whereas Peggy, he's very protective and proud of, because he sort of discovered her. Peggy was Don's discovery and she's very, very good - and because she's very good, she's very sought after. His influence and power [over her] are waning and he needs to figure that out."

Are there more revelations to come regarding Don's past as Dick Whitman?

"I know for a fact that there are. If you think of the things that we've seen, there's a lot of big gaps left in Dick's childhood. We've seen him as a very young man, we've seen him in the war, we've seen a lot of seminal events in his life, but there are certainly a lot of gaps left. We will continue to explore that side of Don."

Will it be explored this season?

"I'll politely decline to answer that!"

What would you like Don's ultimate fate to be?

"I get asked this question a lot and it's nice to be asked this question, because, 1) it leads me to believe that people give a s**t about this character, but also it lets me step out of it for a little bit and give a s**t about it as well.
"I hope and wish for some sort of balance in his life - this is a man who, as we find out more and more about his past, we realise just how fundamentally damaged he is and the fact that he's been functioning this well for this long is sort of remarkable.
"When you see something broken, you want to fix it, and I think that Don's broken nature is something that compels people to want to help, to want to fix it, to do what they can. I guess that's why I'm compelled to want him to succeed - and in a psychological and emotional way.
"He's done just fine professionally, but I want him just to be a better human being and find some sort of peace or love or harmony or balance. Maybe I saw Life of Pi one too many times, but I think he needs to find that place where he's just… comfortable."

Mad Men is expected to conclude after season seven - how does it affect working on the show, having that end date in mind?

"We haven't really thought about the end - I think I can speak for everybody in that. We'll talk about it in very oblique terms, but it's good ultimately because it's nice to have a final chapter… of anything. If you're a storyteller, you want things to end - otherwise, it just becomes a repetitive exercise in going through the motions. So I think that knowing you have an end point is helpful from a storytelling perspective.
"From a personal perspective, from the fact that we won't have this job to go to anymore… that's a little different. That's going to be a much more difficult road to go down, a much more difficult emotional experience to go through.
"By the end of the show, we will have been on it for the better part of a decade - nine years probably, given that it's taken long hiatuses between seasons. Kiernan Shipka, who plays Sally, will have been on the show longer in her life than she will have not been on the show - which is crazy!
"You don't go through an experience like this without making friends… ideally. I mean, some people are on shows together and they hate each other, but we aren't that way. So that will be its own special kind of devastating.
"But the great part is that we can all look back on it and say we made something we're really proud of and we all contributed to something that a lot of peopled enjoyed. That's kind of the best thing you can do on television - something that has a little bit of resonance or a life outside your experience [of] making it."