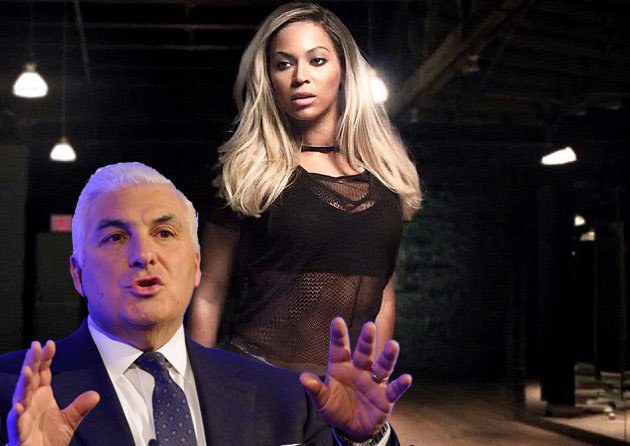 Beyoncé "brings nothing" to her cover of an Amy Winehouse hit, according to Mitch Winehouse. The US singer has recorded a cover of 'Back To Black' for the forthcoming Great Gatsby soundtrack, and Mitch has insisted that she should "pay for the privilege" of reinterpreting his late daughter's track.


"I don't think she brings anything to it," Mitch told the Daily Mail. "I wasn't asked for my permission if they could record it. "They have got to pay for the privilege, which is what they are doing. I can't tell you how much it is but it's a lot of money."
Beyoncé has teamed up with André 3000 for a rendition of 'Back To Black', which features on the deluxe edition of The Great Gatsby's OST. The Great Gatsby stars Leonardo DiCaprio and Carey Mulligan and will be in US cinemas from May 10 and UK cinemas from May 16.