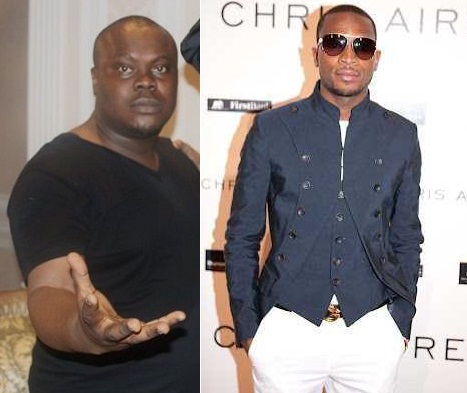 I came across this article and i just had to share it with yall! enjoy
D'banj's former manager, Abisagboola Oluseun John, popularly called Bankuli, has denied being kicked out. Bankuli said he walked away, not pushed, because of personal reasons. "D'Banj didn't fire me. I just decided to move on. I was shocked when I read that he fired me. Whoever leaked that story was just being malicious," he said. Until now, both parties have kept mum despite speculations of a serious disagreement between them. A source close to D'Banj told Entertainment Café that the relationship between the two became strained towards the end of last year on account of ... 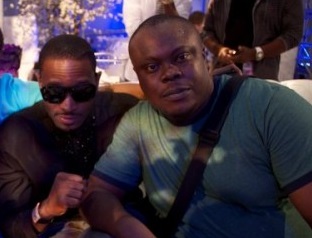 issues of trust, leading to accusations and counter-accusations. A few weeks ago, they were said to have had a heated argument when D'Banj found out that Bankuli went to Paris after the Koko concert to work on Kanye West's next album without his knowledge.
"Bankuli actually left for Paris after the Koko concert in December and D'Banj wasn't aware of the trip to Paris to drop adlibs on Kanye's next album. This got D'Banj angry. He slapped Bankuli and subsequently fired him," the source claimed. But Bankuli denied having a heated argument with D'Banj. He also denied travelling to France to work with Kanye West without D'Banj's consent. Another source said Bankuli actually walked away after enduring a series of indignities from the artiste. "Bankuli showed courage and walked away because I believe he had had enough.
Allegedly, Working with D'Banj is as tough as hell. Do you know that everybody that works with Baba (D'Banj) always gets tired of him and walks away? Fired him? No," the source said. After the last edition of Koko Concert, added the source, D'Banj did many things without consulting with his team. And on the few occasions he did, he was rather insensitive and this infuriated Bankuli. "Bankuli went to Paris a few days after Koko Concert, and D'Banj was aware of the trip, but it was not clear if he was going to work with Kanye West or not. However, it seemed D'Banj wasn't comfortable with the fact that Bankuli was getting more attention from Kanye West's camp," the source added.
The latest development is a shock to many of their friends. Their friendship goes back over a decade when Bankuli worked with R70 under DJ Abass and Ayo Shonaiya to provide management and agency support. The relationship became prominent following the Mo'Hits break up last year, when Bankuli remained loyal to D'Banj after his face off with Don Jazzy. 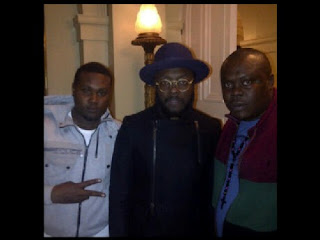 Bankuli later took over D'Banj's affairs after former manager, Sunday Are, quit on account of the Mo'Hits controversy. According to D'Banj, Bankuli was hugely instrumental in getting the G.O.O.D Music deal, because he was the one who approached Kanye West at the Dubai airport to listen to D'Banj's songs, which signaled the beginning of the relationship between D'Banj and the American music star. Apart from his duty as D'Banj's manager, Bankuli also doubles as creative director, DB Records, a label D'Banj floated after parting ways with Don Jazzy.