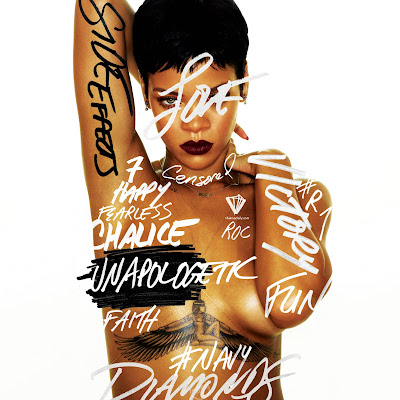 This was Two weeks ago but i still wanted to share the roumored real picture of rihanna in her top glory. check out the picture here Many outlets have posted an alleged topless picture of the superstar singer, claiming it’s the untouched original image for her seventh studio album’s cover art. The photo shows Rihanna’s right breast completely exposed. 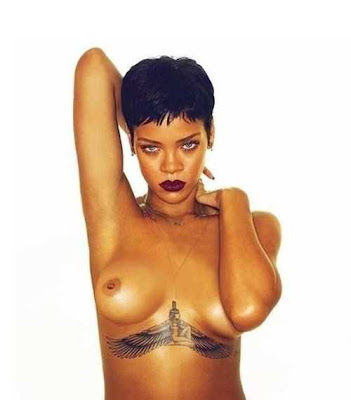 But is it the real deal? Not so fast. Rihanna who’s never been shy about baring skin appears to have debunked the alleged pic. When a link to the image was tweeted to her, she replied, “where my ring tho?” — a seeming allusion to the picture not showing a pierced nipple. So fans may need to make do with previous scandalous pics of Rihanna for the time being.
Posted by afowzocelebstar