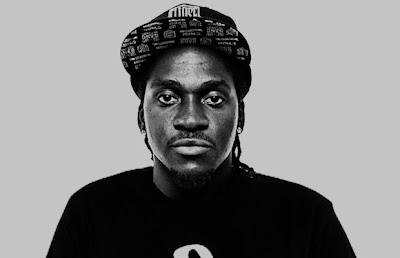 Pusha T goes with what he feels, whether you like it or not. It's hard to not respect that.  On Wednesday (Nov. 28), Pusha T's verse from Ludacris' "Tell Me What They Mad For" leaked. On his verse, Pusha throws shots at Lil Wayne and Birdman, which Pusha T later confirmed with VIBE Magazine, rapping, "Ni**as saying you was better when ...the drugs was in your system / Now your crack swag gone ever since you came from prison."
Before hitting the stage at VIBE's first V-Mix concert last night (Nov. 29), Pusha T talked to VIBE's Mikey Fresh on his leaked verse which is intended to appear on Luda's upcoming album, "Ludaversal."
"It's new and was for Luda's album," Pusha said. He continued to say why he went in on Weezy and Birdman on that particular Swizz Beatz produced song. "Oh, because it's a Swizz beat. You got to blame Swizz. See, when Wayne got a Swizz beat with the "Ghoulish" track; he got busy, well, he tried to."
"I don't like to refer to my records as diss records," he continued. "At the end of the day I make great records even in regards to whether they were aimed at somebody or not my records are great records… Don't cheapen my music by calling them [diss records]."
Before closing his set which included G.O.O.D. Music verses, Clipse tracks, and his first single, "Pain," Pusha announced that his debut album, out early 2013, will be called "My Name is My Name." The album title is inspired by the TV series, The Wire. (which im currently addicted to- season 2)

my 2 cents here is its about time Pusha droped a legit record cause he's worth the hype but taking jabs at the throne just to get your foot on the palace floor is no way to go. whatever happened to just minding the art of the game and not the fistings. get ya ish together yo!
Posted by afowzocelebstar