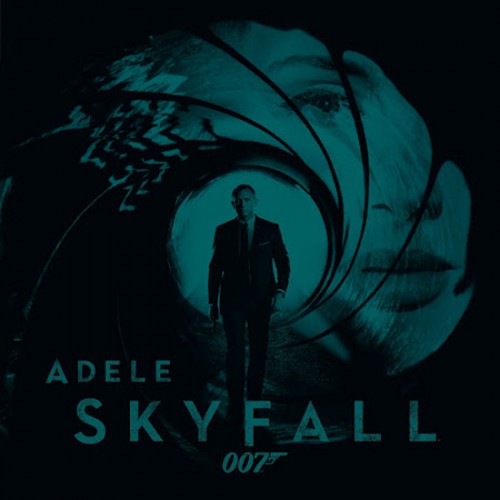 It's official: Adele is going 007. The singer-songwriter confirmed today that she has recorded the theme song for the upcoming James Bond "Skyfall" film, and it will be available for download this week.
The song will premiere on the ...
50th anniversary of the James Bond film franchise's debut, Friday, Oct. 5 at 0:07 in London time (or the less thematically appropriate 7:07 p.m. ET on Oct. 4). Fans can pre-order via iTunes now, then download the track after it officially debuts on Adele's website.

The "21" singer enlisted Paul Epworth to produce the track, which features a 77-piece orchestra and marks her first release since "21" debuted in January 2011.
"I was a little hesitant at first to be involved with the theme song for 'Skyfall,'" Adele said in a statement. "There's a lot of instant spotlight and pressure when it comes to a Bond song.  But I fell in love with the script and Paul had some great ideas for the track and it ended up being a bit of a no brainer to do it in the end."
Adele follows icons like Paul McCartney, Nancy Sinatra and Madonna, all of whom have contributed to the James Bond series over the years.
Added the 24-year-old singer, "It was also a lot of fun writing to a brief, something I've never done which made it exciting. When we recorded the strings, it was one of the proudest moments of my life. I'll be back combing my hair when I'm 60 telling people I was a Bond girl back in the day, I'm sure!"
It has long been rumored that Adele was recording the theme for the Daniel Craig-starrer, ever since she started dropping hints about the song in a 2011 interview on "The Jonathan Ross Show." Rumors bubbled again last month, when the U.K. Sun reported that the British star had been spotted at Abbey Road Studios, where composer Thomas Newman was reportedly working on the "Skyfall" score.
The film hits U.S. screens on Nov. 9 and will premiere in the U.K. on Oct. 26.
Posted by afowzocelebstar