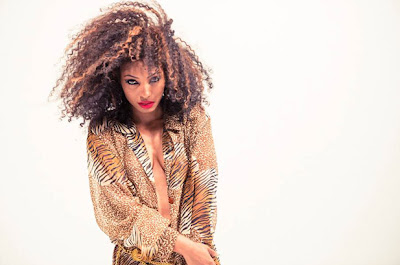 Wynter Gordon, a singer/songwriter best known for her club hits "Dirty Talk," "Buy My Love" and her vocals on Flo Rida's top 5 2009 single "Sugar," is going the D.I.Y. route. Though still signed to current label Atlantic/Big Beat after the release of her single "Still Getting Younger," Gordon is prepping a self-released collection of four free EPs called "The Human Condition" - the first of which, "Doleo" (Latin for "pain") is out July 9. Each EP will explore ...
a different emotion (look for "love and lust" next) and sees Gordon exploring all sorts of genres that go beyond her dance-pop niche, with all the songs written by Gordon. "Doleo"'s lead single "Stimela", for example, was inspired by Hugh Masekala's anti-apartheid song of the same name and features a chorus sung in Zulu and African-pop production reminiscent of early-80s Genesis and solo Phil Collins. Elsewhere, Gordon explores rock, trip-hop and what she calls "down-south hip hop and Celtic, classical music" that delves into deeper thematic material than the bubbly dance cuts for which she's best known.
"The music I'm making now is music I've always made, I've just never been able to release it on a label," Gordon tells Billboard. "I was growing into this person I am now, and I had to make the music that felt right and was passionate about. I didn't feel like I was singing everything I wanted to sing, doing dance music and pop music. I wanted to make something that felt real to me. These EPs include every genre of music I like. I really just felt like I had to by myself."
Gordon previewed some of the new tracks on her spring tour with fellow dance-pop singer Dev, and was relieved by the early fan reception. "A lot of my fans, they really know my past and present, but the masses don't really know who I am," she says. "This is a great opportunity for me to establish myself in a different way."
Gordon will play New York's Santos Party House the day of "Doleo"'s release on July 9, with more shows to be announced soon. It was because of her sharp turn in musical direction that Gordon felt a free, self-release strategy was the best route to get old and new fans acquainted with the sound - with smaller gigs to boot. "I plan on playing hole-in-the-wall clubs before doing anything bigger because I still feel like it's paying my dues," she says of the new gigs. "There'll be time to make money later. I really just want people to enjoy it."
The EPs will be released through WynterGordon.com. Gordon is also working to develop The Flying Unicorn, her independent label, where she is looking to sign artists primarily from the New York music scene where she first came up (she was born and raised in Jamaica, Queens.) Recent collaborators include rapper The lllusion ("I just saw him on the street and he was really striking, in an A$AP Rocky way," Gordon says, "he's just spilling over with talent.") "The scene in New York, the family and the brotherhood that's forming, is really strong and exciting. It's like a rebellion," she says, alluding to another artist, Game Rebellion.
Posted by afowzocelebstar