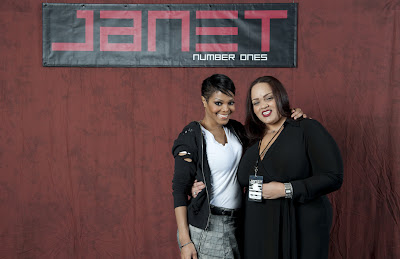 Pop icon Janet Jackson was all smiles recently when she posed it up with half-sister Joh’Vonnie Jackson.

Now many may scratch their heads at the mention of ‘half-sister’. However, ...
as any Jackson enthusiast knows, Joh’Vonnie is indeed the younger sister of Janet, Michael, and co. Family patriarch, Joe, fathered the 32 year old out of wedlock, leading to her being estranged from her siblings for a number of years. 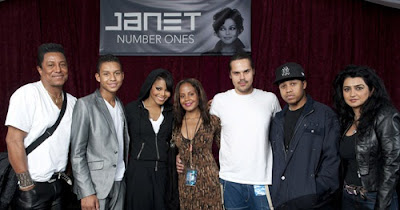 All, it appears, is now well; with Janet inviting not only Joh’Vonnie, but brother Jermaine, sister Rebbie, and their children to the Las Vegas stop of her ‘Number Ones: Up, Close, & Personal Tour’.
Posted by afowzocelebstar