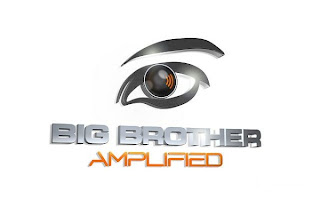 On Sunday 25th May 2003, Big Brother Africa made its debut on our TV screens. Since then, the programme has “created” a host of reality TV stars including Uti Nwachukwu, Cherise Makubale, Gaetano Juko Kagwa, Hannington Kuteesa, Sheila Kwamboka, Tatiana Durao and many others. Some of our favourite ex-Big Brother Housemates have extended their 15 minutes of fame by embarking on ...
successful careers and entrepreneurial ventures. Beyond career and business, the TV show has facilitated two marriages – BBA4 winner, Kevin Chuwang Pam and BBA4 housemate Elizabeth Gupta are married while Meryl Shikwambane and Mwisho Mwampamba got engaged during BBA5 – All Stars and according to reports, are now married.

Big Brother Amplified…That’s what M-Net is calling the new season of the hit super show which will kick off on DStv channel 198 on Sunday May 1 2011. Running 91 days and 24/7 with a dream grand prize of USD 200 000, the sixth season of Africa’s biggest reality show will include more of the drama, the emotion, the excitement and the suspense that have made the series a firm fan favourite.
And it’s all going to be AMPLIFIED!
So says M-Net Africa Managing Director Biola Alabi who heads up the channel’s initiatives across the continent. “By definition amplified means to increase the volume, to make louder, to make more powerful. And that’s exactly what we want to do with season six. To take the elements that audiences find so fantastic and present them in a refreshing new way while adding big surprises and entertaining twists. Amplified is such a well-known pop culture term and Big Brother has definitely become a pop culture success. So the name fits perfectly.”
With a dramatic new eye, etched in a carbon fibre background with an edgy, futuristic feeling and with a sophisticated polished reflective finish, the newly unveiled show logo sets the scene for a bold new season!
With the deadline for entries now closed and the next phase of selection now well under way to choose housemates from the 14 participating countries (Angola, Botswana, Ethiopia, Ghana, Kenya, Malawi, Mozambique, Namibia, Nigeria, South Africa, Tanzania, Uganda, Zambia and Zimbabwe), Big Brother Africa Amplified is on track to launch in little over a month!
“We received an unprecedented amount of entries this year,” says Alabi. “It’s been truly phenomenal, with almost 7000 written entries received from across the continent and countless more people attending the ‘last chance’ open auditions. We’ve had people from all walks of life from very different backgrounds with completely different aspirations …all take this one opportunity to enter Big Brother. It’s really heartening to see that if anything, the show is going from strength to strength.”
Created and produced for M-Net by Endemol South Africa, the series will once again be hosted by IK Osakioduwa, who has been at the heart of the action since he joined the show two seasons ago. With a brand new house also under construction, it’s a matter of weeks before Big Brother Africa Amplified hits DStv screens! For more information on Big Brother Africa Amplified, log on to www.mnetafrica.com/bigbrother.
Posted by afowzocelebstar