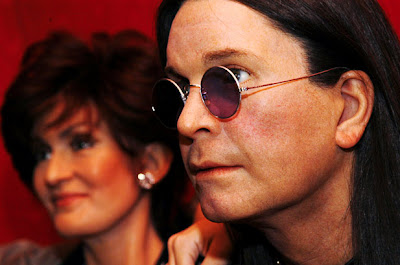 Heavy metal icon Ozzy Osbourne and his wife have quickly paid off their $1.7 million U.S. tax debts, a week after learning about their financial troubles from the news media.

Sharon Osbourne, a tough-talking reality TV personality who also manages her husband's career, said on Thursday the federal tax bill had been paid, and she was now on a mission to find out why the Internal Revenue Service filed a lien on one of the British couple's Los Angeles-area residences.
"At 4:00 p.m. on Friday afternoon I received a ...
phone call from my publicist who had a reporter on the other line informing her that the IRS had just put a lien on one of our properties," Osbourne said in a statement released to gossip writer Perez Hilton. She linked to it from her Twitter feed.
"I then contacted my accountant who said they knew nothing about any lien. The lien has been paid. I do intend to find out how this lien happened without the knowledge of myself or my accountants. I hope none of this reflects negatively on mine and Ozzy's moral character."
In earlier Twitter messages, Osbourne, a judge on TV show "America's Got Talent", appeared to point the finger at the couple's financial advisers but also took personal responsibility for the mess.
"Just because you're paying someone doesn't mean they're doing the job correctly," she wrote on Friday. Three days later she added, "You can't rely on anyone but yourself. You have to be on top of your own business affairs. My fault ... lesson learned."
According to the lien, filed on April 4, the couple owed $718,948.25 for the 2008 tax year, and $1,024,175.03 for 2009. A lien attaches to all property, such as a house or car, and usually gives the IRS first call on the sale proceeds.
Posted by afowzocelebstar