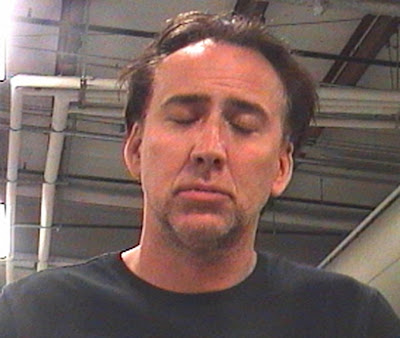 And we thought Nicolas Cage's financial woes were his biggest legal worries! The actor is now facing new problems with the law after he was arrested early Saturday morning in New Orleans.

Apparently the actor was ...
having a loud (allegedly drunken) argument with his wife Alice Kim and a cab driver passing by reported the incident, and also said he saw Nic push his wife.
Police arrived on scene, according to TMZ, and reportedly tried to calm the actor down and told both of them to just go home. Instead of complying, Nic allegedly said: "Why don't you just arrest me?" After the taunting continued, authorities did just that, on one count of domestic abuse and one count of disturbing the peace
Nic is supposedly still in police custody, as of about 1pm ET, and is waiting for his bail hearing. Apparently his wife is not looking to press charges and maintains that there was no physical contact between them.
Posted by afowzocelebstar