Madonna Sued After Discontinuing Plans to Build A School In Malawi 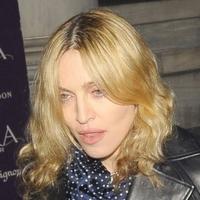 Madonna is being sued after she decided to 'discontinue' plans to build a school for girls in Malawi. She is the subject of legal action by eight workers ' who were fired when the singer replaced the board of directors with a caretaker panel. She has 14 days to respond to the lawsuit.

The workers are seeking ...
compensation for unpaid wages after she terminated plans to build an academy in the African country through her Raising Malawi foundation. "We are claiming unpaid salary and benefits. The workers live here. The court will decide. It's not our policy to comment further."
Lawyer Mzondi Chirambo said: "Their employment was terminated by the trustees of Raising Malawi Academy for Girls ostensibly following the change of plan not to build the school as planned.”My clients are also being forced to sign a discriminatory termination agreement before they are paid their benefits.
Mr. Chirambo added that one of his clients is Dr. Anjimile Oponyo, the school's recently sacked CEO says the singer promised to build the school when she adopted son David, now five, from the country in 2006. Madonna also adopted now six-year-old Mercy from Malawi in 2009, joining her other children Lourdes, 14, and Rocco, 10. 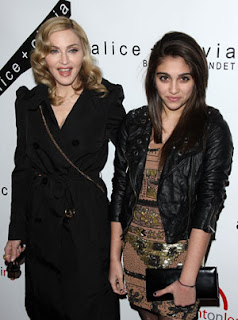 Meanwhile, Michael Berg ,a co-founded of the charity ‘Rasing Malawi with the pop star ' and the Kabbalah Centre International in Los Angeles, were named in an unrelated recent lawsuit alleging mismanagement of funds intended for children's education in Los Angeles.
According to the New York Daily News; a wealthy California woman sued Mr. Berg, his family and the centre last month claiming she made a $498,000 donation to create an organisation for children to learn about Kabbalah which never materialised.
While in New York, a federal grand jury is reportedly investigating finances connecting the Berg family, the Kabbalah Centre and Raising Malawi .
Posted by afowzocelebstar

Email ThisBlogThis!Share to TwitterShare to FacebookShare to Pinterest
Labels: madonna