Kirk Franklin Continues His No. 1 Streak With 'Hello Fear' 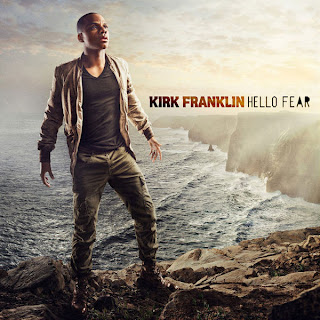 The move paid off. "Hello Fear" bows at No. 1 this week on Billboard's Top Gospel Albums and No. 5 on the Billboard 200, selling ....
87,000, according to Nielsen SoundScan. Since making his first appearance on Top Gospel Albums in 1993 with "Kirk Franklin and the Family," Franklin has watched all 10 of his albums peak at No. 1.
So what prompted the shift into high gear for "Hello Fear" (Fo Yo Soul Entertainment/Verity Records)? A combination of Franklin delivering the project March 1 and strong response to lead single "I Smile" (peaking thus far at No. 3 on Hot Gospel Songs).
"Since Kirk was confirmed to go on tour with [radio personality/comedian] Steve Harvey, we wanted to have the CD available for his fans to purchase," Verity Gospel Music Group executive VP James "Jazzy" Jordan says. "We actually had two singles out at the first of the year: 'I Smile' and 'I Am.' It was about being progressive and taking advantage of the tools available to us to get things done."
"We didn't want radio stations to be limited," Franklin says about the dual-single approach. Both "I Smile" and "I Am" were worked at gospel radio. "Smile"-which interpolates funk group the S.O.S. Band's "Tell Me If You Still Care" and rock group Little Feat's "Fool Yourself"-also went to adult R&B stations. The track went on to become a top 10 Adult R&B chart hit.


Produced by Franklin and Shaun Martin, "Hello Fear" features several special guests. Beverly Crawford and Marvin Sapp grace "The Altar," while Rance Allen, John P. Kee and Marvin Winans join forces on "Something About the Name Jesus Pt. 2." Explaining the album's overall theme, Franklin says, "People are dealing with a lot of stuff: money, gas, war, terrorism and natural disasters. There's a great sense of anxiety that's a cloud over everything right now. I thought it would be a good time to address that in people's lives and in my own life. As soon as I wrote those first few lines of 'Hello Fear,' I knew that had to be the title."
Having launched March 19 in Atlanta, Franklin and Harvey's Gospel Comedy Tour will wrap May 21 in Jacksonville, Fla. Franklin says, "The tour gets Steve in front of an audience he's becoming more embraced by, and it's given me a chance to get in front of some people who don't go to church. I'm getting to take the gospel to where they are." 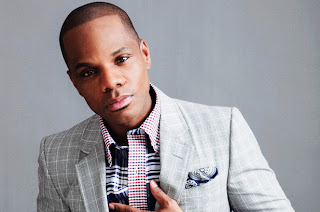 In addition to hosting the fourth season of BET's "Sunday Best" this spring, Franklin is slated for upcoming appearances on "The Mo'Nique Show" and the Dove Awards on April 20. To further promote "Hello Fear," Franklin hosted listening parties at churches in New York, Philadelphia, Chicago and Washington, D.C. The $20 ticket included a prepurchase of the CD; Franklin also performed with his band and participated in a Q&A with attendees.
Verity senior director of marketing Cheryl Marks says this was the first time the label had conducted a dedicated presale campaign coupled with a Franklin appearance. "We always include some element of church marketing in our campaigns," says Marks, who adds that saturating the core gospel audience was integral to setting up the new CD. "But this really excited his fans about 'Hello Fear.' " Prior to the listening parties, the label gave Harvey's morning radio show a two-week exclusive on "I Smile."
"Even though Harvey's show isn't a traditional gospel show, a very large percentage of his listeners are also gospel music consumers," Marks says. "So having him playing the song for two weeks early in the campaign was great." Seams this Is The Year Of Great Talents and Gospel Revolutions! Amen to that!
Posted by afowzocelebstar