Is the honeymoon over? Khloe Kardashian and Lamar Odom get into a fight in their new reality show 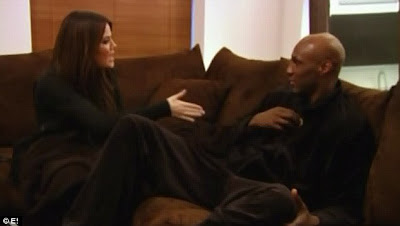 They have been the vision of wedded bliss since tying the knot over a year and a half ago.