Sex Can Kill You, According To US Study 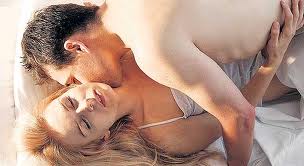 You'v got to read this! Sudden bursts of physical activity - such as having sex or jogging - significantly increase the risk of having a heart attack, a new study has found.

Email ThisBlogThis!Share to TwitterShare to FacebookShare to Pinterest
Labels: Sex