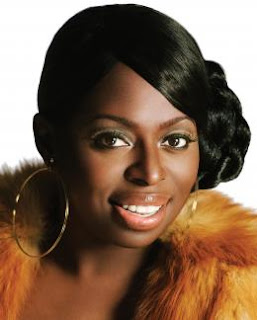 Last we heard from R&B singer Angie Stone, and it was a while ago now, she made a cameo in Nick Cannon & Nickelodeon's movie about real-life pop trio School Gyrls.

Now, we're finally hearing from Angie again, but unfortunately it's not under such pleasant circumstances.
On Sunday night, Angie was...
arrested in Georgia for allegedly speeding with a suspended license.
She was booked on both charges, and released an hour afterward.
Too bad we had to hear from you for the first time in over A YEAR due to an arrest, Angie!
Hopefully next time we hear from you it will be for something more positive, like a new album for example.
Posted by afowzocelebstar