Keri Hilson’s Next Single Is… 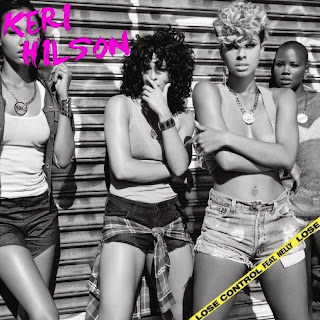 Mama Keri is clearly not playing.

Having notched up a crossover hit with ‘Pretty Girl Rock’ and premiered the video for its follow-up ‘One Night Stand (ft. Chris Brown)’ just last week, it has been revealed that yet another single from her sophomore set ‘No Boys Allowed’ is set to be released shortly.
Find out here…

According to Video Static, a clip for the Nelly-assisted ‘Lose Control’ is set to be shot in the next week, with the song officially serving as the next cut to be lifted from ‘No Boys’.
With the track hands down serving as the LP’s best, Hilson and her team couldn’t have picked a better choice. Especially given the Spring/Summer season we’re about to enter.
Posted by afowzocelebstar